There are certainly films that have audiences drooling for a sequel, but is the Matt Damon-starring Rounders one of them? We think probably not. But what would you say to Shakespeare in Love 2? The Weinsteins have just announced that they’re taking on the further adventures of a bunch of Miramax titles. You could soon see Bridget Jones back on the big screen!

After leaving Miramax in 2005 and a failed attempt to buy it back, Bob and Harvey Weinstein have found a way back in. According to a press release, the boys are partnering with Miramax to produce sequels to a number of Miramax properties. 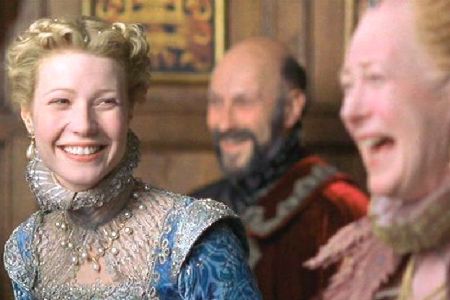 On the top of the list is the Gwyneth Paltrow starring Shakespeare in Love, Rounders and Bad Santa. Now there is certainly somewhere to go with Bad Santa, and Billy Bob Thornton could use a hit like that, but do we really need to see Matt Damon in Rounders 2? Do you even remember what that one was about? Yeah, didn’t think so.

Other titles on the list include Bridget Jones’s Diary, Shall We Dance, Swingers and Clerks. If they’re going to do that one, they’re going to have to send flowers to Kevin Smith. He’s not exactly a fluffy bunny rabbit when it comes to his work.

Still, it would hardly be difficult to find another good story from the life of the Bard. And who wouldn’t pay to see Renee Zellweger do another yoyo diet? The list might be padded with films no one needs to see again, but there are some gems in there that might get some seats into movie theaters. What do you think?

SheKnows wants to hear which films you want to revisit. Let us know in the comments below.