Disney’s Tron: Legacy received an early Christmas gift in the form of a box-office victory, debuting at number one over a not-so exciting weekend.

While Jeff Bridges was impressively impersonating Nick Nolte on Saturday Night Live this weekend, his follow-up film to the 1982 sci-fi thriller Tron, Tron: Legacy, was raking in box-office millions at the number one spot. 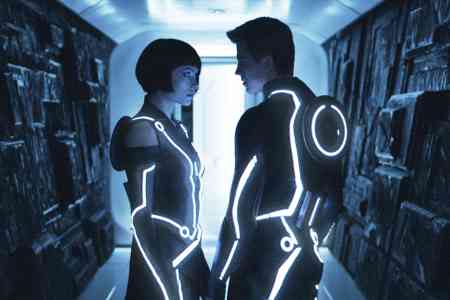 Dan Aykroyd and Justin Timberlake had a picnic rolling in at the number two spot with their animated funny film, Yogi Bear. Yogi Bear managed to scrape by with a dim $16.7 million opening during an all-around dismal weekend. The Chronicles of Narnia: The Voyage of the Dawn Treader added to its $42.8 million domestic total, coming in at number three with $12.4 million.

The Fighter has been marked with award nominee stench and Mark Wahlberg and Christian Bale’s boxing flick went nationwide at number four with $12.2 million after opening in limited release on December 10 to a number 19 showing. Angelina Jolie and Johnny Depp’s Golden Globe-nominated film, The Tourist, capped the top five with $8.7 million.

Tangled garnered $8.68 million while Black Swan managed $8.3 million, putting them in the sixth and seventh spots at the weekend box office. James L. Brooks’ rom-com starring Reese Witherspoon, How Do You Know, fizzled at number eight with $7.6 million.

Harry Potter and the Deathly Hallows: Part 1 squeaked by at $4.85 million and Unstoppable closed out the top ten with $1.8 million.