Jeff Bridges returned to host Saturday Night Live for the first time since 1983, sending the show off on a winter break high with impeccable comedic timing.

Jeff Bridges had a fruitful weekend before Christmas with the box-office topping debut of Tron: Legacy, but it was his gig as Saturday Night Live host that might be the cherry on top. Jeff Bridges helped make the episode one of the more buzzed about SNL’s this season, aside from Betty White of course. Let’s revisit some of the unforgettable moments from this week’s Saturday Night Live. 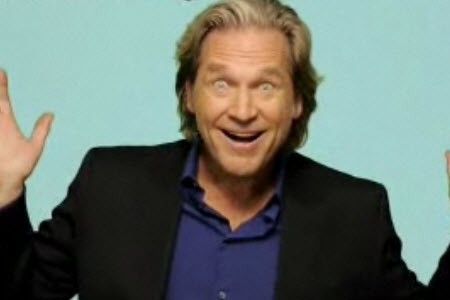 Now, no one ever said Bridges was the master of all things sketch comedy, but he knew when enough was enough and was perfect in his comedic timing. As he blew in and out of sketches, playing some of entertainment’s most notable characters, it was evident this was going to be a great Saturday night of laughs.

Bridges used his monologue to make fun of an iconic role everybody should be able to recognize — The Dude from The Big Lebowski. Even Cookie Monster hopped on stage, saluting The Dude while joining in on a festive rendition of Silver Bells. Jeff Bridges and Cookie Monster together at last!

Bridges also played an uncanny likeness to Nick Nolte in the show’s popular Miley Cyrus (played by Vanessa Bayer) sketch. Of course we got to see the hot mess of a mug shot Nolte once famously posed for while Bridges, as Nolte, talked about his former arrest. Audiences also got to see SNL spoof Cyrus’ latest salvia-induced debacle as she related to Nolte’s past troubles.

In perhaps the most ridiculous sketch, and by ridiculous we mean amazing, Bridges played himself, spoofing the hit show Punk’d — get this, it was call Jeff’d [check out the video below!]. The actor ran around pulling pranks on old co-stars like Maggie Gyllenhaal and Forest Whitaker, claiming, “You’ve been Jeff’d!”

While Jeff Bridges made the last new Saturday Night Live of 2010 pretty spectacular, we’ll leave you by sending some props to Andy Samberg and his Lonely Island troupe. Samberg busted out a new SNL digital short, I Just Had Sex, featuring Akon and a few notable Hollywood ladies — Blake Lively and Jessica Alba.