Neil Patrick Harris and Eric Braeden are feuding after The Young and the Restless star backed out of an appearance on How I Met Your Mother. 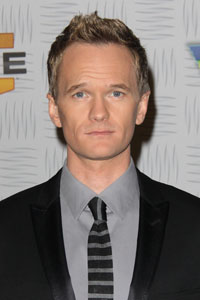 Eric Braeden, who has played Victor Newman on The Young and the Restless since around 524 B.C., was to appear in a small guest role on How I Met Your Mother, but backed out at the last minute.

The obvious thing to do is go on Twitter and call the guy a less than savory name, which is exactly what Neil Patrick Harris did. “Eric Braeden is a D-Bag,” he wrote. “The actor — to play Robin’s dad — agreed to a cameo, then last night bailed saying the part wasn’t ‘substantial’ enough.”

“We’ve recast with Ray Wise, a fantastic actor who makes any part ‘substantial.’ Super excited to welcome him to the family!”

Eric Braeden is not amused.

In an interview with Entertainment Weekly, Braeden cleared the air. “I really don’t know who that fellow is. He’s a guy who stars in that series. It’s very unfortunate. First of all, I came back from hip surgery. I was off for three weeks. I’ve doubled my work, 30 to 50 pages a day for me, alone. Everyone knows that I’m exhausted. I was not about to appear on a show for two lines, because that’s what it amounted to,” Braeden said.

“His choice of words bothered me. He seems to me like a young whippersnapper who’s received a few awards and is now suffering from the first sign of hubris. I’ve been in the business for 50 years. I’ve seen people come and go and I’m still here. If he is a worthy adversary, he’d better not cross my path. I will let bygones be bygones.”

Oh snap! He threw out the old, “I don’t even know who that guy is” line, called him a whippersnapper and challenged Doogie Howser to a duel!

NPH lost that bad attitude right quick when given what for. He later sort of apologized on Twitter, writing “Now I feel bad for the D-bag comment. Don’t know the guy personally. I’m just fiercely protective of our show. Jpk.”