Jack Black is larger than life in the 3D family comedy Gulliver’s Travels, also starring Jason Segel and Emily Blunt. This adaptation of the classic book takes Black into the undiscovered land of Lilliput, where the people may be little, but the lessons they have to teach are huge. Gulliver’s Travels hits theaters Christmas Day, December 25th.

SheKnows sat down with Jack Black to discuss his new movie, Gulliver’s Travels, at a roundtable discussion at the Four Seasons Beverly Hills (yes, it was a tough job, but someone had to do it). He was funny, down-to-earth and open — and even managed to keep his cool as we rattled off questions to him. If he can handle us, The View would be a cake walk! 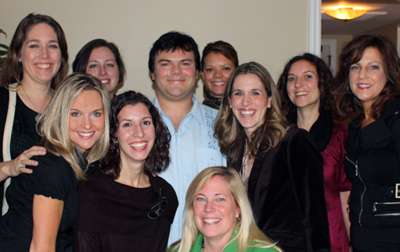 SheKnows: We loved the film last night. Have your kids seen the movie?

Jack Black: I think I’ll wait until later to bring Sammy, my four-year-old. I don’t want to bring him to the premiere. It’s going to be too intense. He doesn’t really know that I’m famous yet, know what I mean? He might freak out if he realizes he’s sharing me.

SheKnows: And when you’re out walking around and there’s paparazzi everywhere, what are the reactions to that?

Jack Black: Well, we went to the park the other day and there were some creepy crawlers in the bushes with cameras. And he said, “It’s okay to take pictures in the movies, but not in real life.” And I told him, “You’re right.”

SheKnows: So, I noticed that the film has a lot of potty humor, shall we say, and I was wondering how you deal with that kind of stuff in your house?

Jack Black: Of course. Yeah. I think it’s just in the DNA. It’s accepted. I’m not going to say it’s encouraged, you know? We didn’t introduce him to the concept of potty humor. But, kids naturally think it’s funny stuff, you know. Poop, and pee and farts, it’s all just very funny. And I think it’s good, because it gets them over their issues with going to the bathroom by themselves and similar situations. I think it’s all pretty positive. 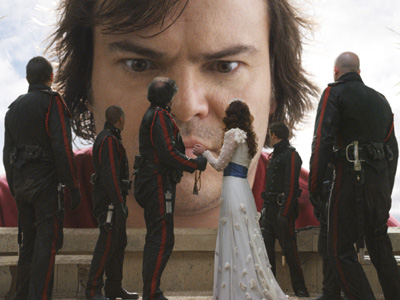 SheKnows: One of those things that caught me off guard was the scene where you guys keep talking about the “lame ass.”

SheKnows: I was wondering, how do you feel about having that scene in a kids’ movie, if your kids were copying that language?

Jack Black: Right. “You’re a lame ass.” I guess that one is on the border. There used to be a running lame ass joke throughout the movie. Edward, the villain, kept reminding everyone that he’s a lame ass. At the very end of the movie, all of Lilliput was chanting to me as their hero, “Lame ass.”

SheKnows: Okay, so it’s toned down.

Jack Black: Yes, we took a bunch out because yes, some people were feeling like it was maybe a little too spicy. As for “lame ass,” in the way that it’s used, I think it’s pretty tame as far as bad language goes. And I think it’s really funny when he catches me saying it. It was a judgment call, you know? It was tough. We thought, “Wait, should we leave it in? If we take it out, what’s the tradeoff there for funny and spice?” So, that was the one scene that we kept in. 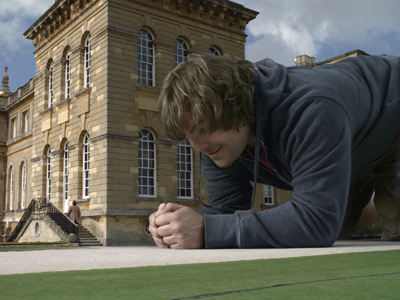 SheKnows: Did you read the original Swift book?

SheKnows: Did you read it in high school or college or recently?

Jack Black: Actually — I read it just before I got here so that I could answer questions. [Laughs] Ha, no I didn’t read it in high school. But, I was familiar with the story just because, you know, everyone knows Gulliver’s Travels is about a giant and tiny people crawling over him with ropes. But, when I was approached about it a few years ago by a producer named John Davis, he said, “We want to do a remake of Gulliver’s Travels. Would you like to be Gulliver?” And I said, “Let me call you right back.” And I quickly read the book. And, I loved it. So that’s how it all got started. And just to mention quickly, I want to say there’s tons of potty humor in the book. We didn’t create those ideas just for our film. We actually cut out a lot of potty humor that was in the book.

Up next, Jack talks about being the class clown, plus watch the Gulliver’s Travels trailer!