Kanye West was named MTV News’ Man of the Year and the network claimed the choice was easy and clear, despite his rocky year. 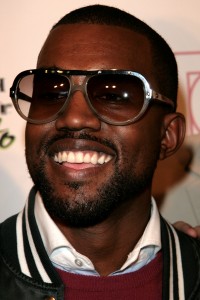 Kanye West is and will always be talked about in a merry-go-round of we love him, we hate him emotions. Despite the world’s hot and cold feelings for the rap superstar, MTV News made him their Man of the Year and the reasoning was not that difficult to understand.

It wasn’t because he was the top album seller or hit maker of 2010, it was because of his passion and desire to claw his way back into the good graces of his fans while he continually “dominated the pop-culture landscape.”

Kanye West began 2010 as a marked man for his 2009 MTV Video Music Awards tear-down of Taylor Swift, but he returned to this year’s VMAs with a song dedicated to addressing his past actions, Runaway. Hey, he said it, not us — “Let’s have a toast to d-bags.” Who else could come out owning his actions like that? Kanye West, that’s who.

The big dog even tried his bark against Matt Lauer while addressing George W. Bush’s feelings about West’s comments directed at the former president, asking the host to let him speak and not play old controversial (Taylor Swift VMA video) videos over his voice. While he went on another public crusade, people just kept on listening and so did MTV News.

According to MTV News, Kanye West’s cooling off period, return to the industry and random emotional fits not only kept the public buzzing, it kept them curious —  a story that reeks of Man of the Year. MTV News labeled his return to the spotlight as “compelling” and his My Beautiful Dark Twisted Fantasy album release as “searing” and “soaring.”

While we love his rants and his actions, if we look below the surface, he’s trying really hard and sometimes it just comes out wrong. Personally, we can’t wait to see what 2011 holds for Kanye West.