The Los Angeles Zoo debuted its Elephants of Asia habitat December 16 and the gorgeous creatures attracted a few celebrities including Garcelle Beauvais, Gavin Rossdale and Slash. 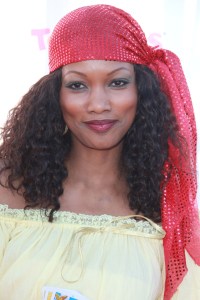 The Los Angeles Zoo threw a party of epic proportions to celebrate their Elephants of Asia habitat. The opening featured fun for everyone as celebrities Gavin Rossdale, Garcelle Beauvais and Slash made it a family affair, marveling over the big guys’ beauty with their children.

Actress Garcelle Beauvais enjoyed introducing her three-year-old twins, Jax and Jaid, to the Asian elephants — Billy, Tina and Jewel. Legendary guitarist and musician, Slash, provided entertainment for the grand party while his sons, London and Cash, watched the animals check out their new digs.

The Elephants of Asia habitat is a six-acre roaming zone for Tina, Billy and Jewel. The elephants are free to enjoy “watering holes, waterfalls and sandy trails” that were created to comfortably fit 11 elephants as they graze and live as “if they were in the heart of Asia.” The $42 million exhibit has created negative buzz from animal welfare activists who believe it’s not big enough for the large creatures, but the Los Angeles Zoo’s director, John Lewis, believes the unveiling will cease the naysayers.

Musician Gavin Rossdale, who saw the habitat first hand at the opening, is confident the elephants are feeling the love in their new home. “It’s always a double-edged sword with the zoos because if you love animals you feel bad they’re in captivity, but the sense is they’re safe and cared for, especially at this zoo.”

Would you travel to Los Angeles to see the Elephants of Asia habitat?