Former Melrose Place actress Amy Locane is facing serious prison time after killing a woman in two DUI-related crashes. How much time does the actress face for her crimes? Read on.

Former Melrose Place actress Amy Locane was indicted by a New Jersey court for aggravated manslaughter and assault after an alcohol-induced car accident in June 2010. The actress was allegedly drunk on wine when she hit two cars, killing a passenger in one of the vehicles. 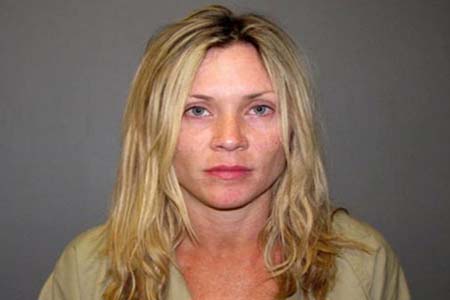 Locane was “swerving and knocking down several mailboxes” before hitting the first vehicle. She fled the scene after the victim tried to contact police. She then drove 17 miles to another town, where she rammed her 2007 Chevrolet Tahoe into the passenger side of the car victim Helene Seeman was riding in, killing her.

Locane’s attorney told TMZ that he is surprised about the charges.

“I don’t believe it is supported by the law or the facts and I think it constitutes over-reaching by the prosecutor’s office,” Blair Zwillman said.

Locane faces 10-30 years in prison for the manslaughter charge and 5-10 years for the assault count if convicted.