Is Morgan Freeman dead? Thankfully, no — it was just a sick joke. But, you might have been tricked into thinking otherwise Thursday afternoon with a tweet purportedly from CNN. 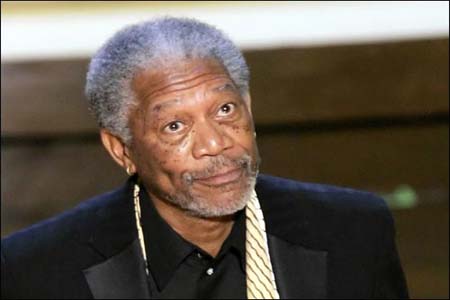 “RT @CNN: Breaking News: actor Morgan Freeman has passed away in his Burbank home,” the tweet read. It appeared as if the tweet came from the news channel and Twitter users retweeted it.

Confusion quickly set in as users continued to retweet the message, including other companies and news channels like ESPN and Borders.

The anger directed toward the 24-hour news channel for their “error” prompted them to issue a statement via — what else? — Twitter.

“CNN did not report Morgan Freeman death,” the network tweeted. “Rumor is false. CNN will aggressively investigate this hoax.”

This isn’t the first time a celebrity has been declared dead via Twitter. Justin Bieber has died repeatedly via Twitter in 2010, as has Miley Cyrus, Kim Kardashian, Eminem, Kanye West and most recently singer Keith Sweat.