From The Real Housewives to Bristol Palin’s debut on Dancing With the Stars, reality TV sure had its moments in 2010 and SheKnows caught them all. Check out SheKnows’ look back at the top 10 reality TV moments of 2010 — it’s okay, indulge, we know you want to. 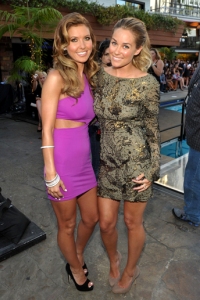 Say what you want about reality TV, SheKnows you watch it. That’s why we took the best-of-the-best moments of 2010 and wrapped them up in a nice reality bow just for you. SheKnows has the Sister Wives, Bristol Palin and the White House crashers coming your way in a full-on reality love fest known as SheKnows’ top 10 reality TV moments of 2010. So, sit back and brace yourself, because it’s time for your 2010 reality check.

It was the viral hit heard and seen around the world. No, we’re not talking about a click of a mouse when we say hit — we literally mean hit. Season 17 of the Amazing Race premiered with a watermelon bang as contestant Claire Champlin tried to maneuver a slingshot and watermelon at the same time — you can only imagine what came next. The giant watermelon acted more as a boomerang, hurling backwards right into her face. Okay, people falling and getting hurt on reality shows is something we all look forward to — don’t act like you weren’t laughing.

Bravo’s Andy Cohen can’t get enough of Lisa Vanderpump’s adorable little pooch, Giggy, and neither can we. During a Halloween episode of Cohen’s show, Watch What Happens Live, Giggy made an appearance to viewers’ delight, modeling a few choice Halloween costumes. What was on dear Giggy’s list? The festive dog transformed into a busy little bumblebee, a few housewives and our favorite, a panda!

8. The Hills takes a reality bow

This is reality TV, but as The Hills proved during the series finale, there’s a thin line between TV magic and reality. The Hills, everyone’s favorite MTV guilty pleasure, created the media mongers Heidi Montag and Spencer Pratt, better known as Speidi, but it also blurred the line between what’s real and what’s not. As The Hills said goodbye, America became even more confused as the final scene revealed Brody Jenner standing amidst a Hollywood backdrop as he said goodbye to Kristin Cavallari. The Hills stars are still vague about what was real and what was not, proving they can suck us back in with the hopes of spin-offs.

7. The cast of Jersey Shore

The cast of Jersey Shore has impressed Barbara Walters, so why not SheKnows? The Jersey Shore misfits invaded Miami and our hearts for a second season in 2010, fist pumping their way around the club circuit and one even branched out into the competitive world of reality dance television. 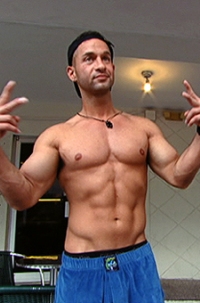 Mike “The Situation” Sorrentino brought his abs to ABC’s Dancing With the Stars, pressing on in the fight to become a grade A brand. Snooki kept her face out of trouble in Miami, avoiding a hit to the face repeat — hey, there’s always season three. These guidos and guidettes don’t need a moment to make them the talk of the town, everything they do is news.

Phil Harris knew his job as the captain of the Cornelia Marie was dangerous, but it was his body that failed the Deadliest Catch star. On January 29, Phil Harris suffered a massive stroke and died nearly two weeks later at the age of 53. It was Phil Harris’ final request made from the comfort of his hospital bed that made us all remember what a fighter he truly was: “Keep filming. There has to be an end to this story.” Phil Harris’ last time on television, saying goodbye to his loved ones, made history for two reasons — the episode’s record-setting 8.5 million viewers watched as the first time a death was documented on reality TV.

5. The world of Kim Zolciak

Kim Zolciak is another reality star that doesn’t have just one talk-worthy moment to make us buzz — everything she does makes us giggle with delight. From her hit follow-up to Tardy for the Party, Google Me, to a new baby with Kroy Biermann on the way, this girl is everywhere. Perhaps the most gasp-worthy Kim Zolciak moment of 2010 was when viewers of The Real Housewives of Atlanta got a glimpse into her one-time relationship with Tracy Young. It wasn’t the fact that she was with a woman, it was how she revealed it on the show. Oh, and when we say gasp worthy, we actually mean pretty damn funny. Here’s what she had to say: “We’d sit there and listen to music all day and all night and just jam to music… and we had sex, ok, great. Quiver!”

TLC tried to give viewers a real and raw look into the world of polygamy with the debut of Sister Wives — but it also brought trouble. Sister Wives, featuring Kody Brown of Lehi, Utah, and his four wives and 16 children, took a risk to begin with but Brown was fine with that. All he wanted to do was show the truth and educate the world on modern-day polygamy. Immediately following the premiere, Lehi police launched an investigation into Brown, claiming bigamy. The investigation hasn’t produced any news as of late, but Sister Wives sure put a spin on today’s reality show family.

3. Bristol Palin dances to her own beat on DWTS 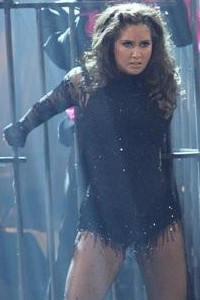 We could watch Bristol Palin dance in a gorilla suit over and over again on Dancing With the Stars if we could, but it’s not just that moment that landed her in SheKnows’ top three reality moments of 2010, it was Palin coming into her own on the show that was the true moment. The daughter of Sarah Palin danced in her underwear, shook her hips and fought off critics to dance her way to a top three finish on one of America’s top reality shows. That’s pretty moment defining if you ask us.

Simon Cowell is American Idol, which makes it even harder to believe he won’t be in his judges’ chair come January 2011 — but it’s true. In January, the moody man announced he was leaving American Idol, but have no fear he will be back — just not on AI. Simon Cowell is working on an American version of the X-Factor. Will you watch American Idol with new judges Steven Tyler and Jennifer Lopez?

It was the crash no one saw coming, not even White House security. Tareq and Michaele Salahi made a name for themselves as The Real Housewives of D.C. cast members that crashed President Obama’s first state dinner in November of 2009, but it wasn’t until the show aired in September of 2010 that we got to see it unfold. In the episode, the Salahis are seen parading up to the White House in their limo, Michaele dressed in her famous Indian sari. 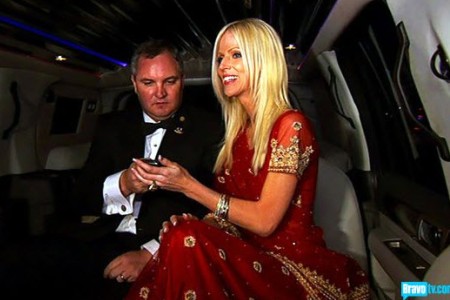 The cameras never got close enough to see the couple inside the White House but we did get to see them plead the fifth before a House committee. While part of this train wreck happened in 2009, it still leaked into 2010 and will forever be remembered as a huge moment in not only reality TV, but also White House history.