Winona Ryder has revealed even more of Mel Gibson’s bigotry — and says this goes back years! 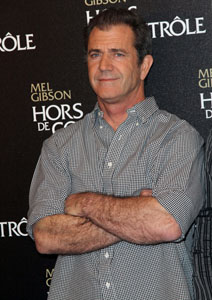 Winona Ryder, currently appearing in Black Swan with Natalie Portman and Mila Kunis, says Mel Gibson’s disgusting attitude towards anyone who isn’t white, male, straight and his particular odd brand of Catholic is nothing new.

In an interview with GQ, Winona Ryder describes an incident with Mel Gibson going back years ago — and surprise, surprise, Mel was hammered.

“I remember, like, 15 years ago, I was at one of those big Hollywood parties,” Winona said. “And he was really drunk. I was with my friend, who’s gay. He made a really horrible gay joke. And somehow it came up that I was Jewish. He said something about ‘oven dodgers,’ but I didn’t get it.”

“He’s anti-Semitic and he’s homophobic. No one believed me!”

We believe you now, Winona.