People magazine is revealing its picks for the 25 Most Intriguing People of 2010 issue and Sandra Bullock is their Woman of the Year! 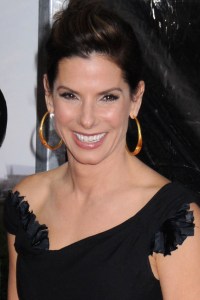 Sandra Bullock has stayed poised and classy during a year that brought her many personal challenges, which is perhaps why People has named her Woman of the Year.

Despite a very public divorce from husband Jesse James, Sandra Bullock has dedicated most of 2010 to raising her adorable adopted son Louis and cherishing the good moments life has brought including winning an Oscar.

“Bad things happen, but she celebrates the good ones,” a source reportedly told People. “And Louis is a wonderful celebration of good things.”

According to People, the actress with an effervescent laugh and ability to make fun of herself is looking for her next big role — and to be honest, probably has her pick of whatever comes her way.

Other celebrities that made People’s 25 Most Intriguing People of 2010 list included the Obamas, Michael Douglas, and power couple Brad Pitt and Angelina Jolie.

Do you agree with People’s choice for Woman of the Year? Sandra Bullock is America’s sweetheart and she only gets better with time, so why not?