The Golden Globe nominations have been released and there were quite a few notables left off the list including True Grit in movies and Parks and Recreation from TV. Also noticeable is The Kids Are All Right grabbed a nomination in the Best Picture category, and Annette Bening is up for Best Actress, but the touching performance by Mark Ruffalo was shut out.

Lots of people have a favorite winter hobby like knitting scarves or making cookies. For movie and television fans, it’s complaining about who got snubbed this awards season. 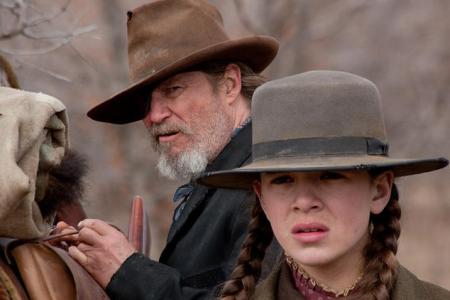 The first thing you notice when looking at the 2011 Golden Globe nominees is the complete shut-out of the Coen brothers western True Grit. No nod for Best Picture, no directing nomination, not even Best Actor for Jeff Bridges, who has been praised for his work across the board. After 11 Critics’ Choice nominations, it’s hard to believe there wasn’t a single mention of the film. Considering some of the rather dicey choices (ahem, The Tourist), it’s a bit baffling.

The Kids Are All Right grabbed a nomination in the Best Picture category, and Annette Bening is up for Best Actress, but the touching performance by Mark Ruffalo was shut out. Maybe the role was too subtle and close to his personality, but it definitely deserved a nod. Justin Timberlake was left off the list for his role in The Social Network, though his co-stars all received the honor.

127 Hours, the story of a hiker trapped in a canyon, garnered praise and made people pass out during screenings. It grabbed three nominations, but director Danny Boyle, formerly the darling of the Golden Globes for his film Slumdog Millionaire, didn’t earn a mention. Ben Affleck’s The Town was touted across the board by critics and moviegoers alike, but failed to nab a spot on the list. After watching what was truly a fantastic piece of work, one has to wonder if the Hollywood Foreign Press simply dislikes the Boston accent. It is a bit hard to take at times. Jeremy Renner did get a Best Supporting Actor nod for his work in the film.

Black Swan was nominated for Best Picture, and Natalie Portman and Mila Kunis for their performances, but Barbara Hershey’s role as Portman’s controlling mother was left off the list as well. Like her co-star Vincent Cassell, she took what could so easily have been a one note role and gave it nuance and heart. It’s a shame to see both names overlooked. Also missing was Lesley Manville for her work in Another Year and Robert Duvall for his fantastic turn in Get Low. 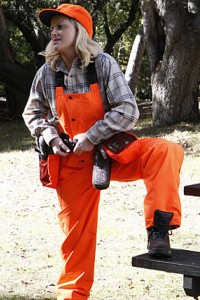 One particularly glaring shut-out is Never Let Me Go, a beautifully haunting sci-fi film starring Keira Knightley, Carey Mulligan, who was nominated last year for her work in An Education, and Andrew Garfield, who is up for Best Supporting Actor for The Social Network. Like last year’s under-the-radar Moon, this one has sadly been left off every list so far this year.

In the television category, the HFPA completely shut out fan favorites Community and Parks and Recreation in favor of the old standby 30 Rock, though for the most part they got it right. The snub here was network television, and deservedly so. Cable won the day with nods for Walking Dead, Boardwalk Empire, The Big C and Nurse Jackie. One has to wonder if this trend will change anything about the content the big four are putting out these days.