Iron Man 3 will be moving on minus one of its key players — director Jon Favreau. The talented director who has been there from the franchise’s conception announced he will not be directing the third installment.

Jon Favreau released the big news that he will not be directing Iron Man 3 via his Twitter page. “It’s true, I’m directing Magic Kingdom, not Iron Man 3,” Favreau confirmed with a tweet. “I’ve had a great run with Marvel and wish them the best.” 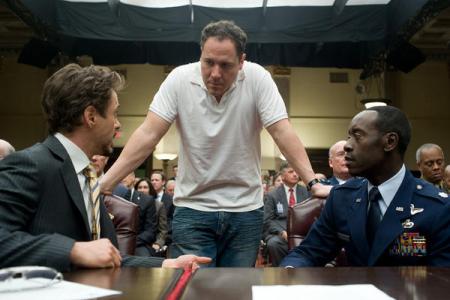 Jon Favreau was tight-lipped during a recent chat with MTV News, hinting that he really didn’t know what angle Iron Man 3 would take, mostly because of The Avengers film and the other solo flicks focusing on the superhero group slated to take place in the future.

“In theory, Iron Man 3 is going to be a sequel or continuation of Thor, Hulk, Captain America and Avengers,” Favreau explained to MTV News. “This whole world…I have no idea what it is. I don’t think they do either, from conversations I’ve had with those guys.”

Thor and Captain America: The First Avenger are both on tap to hit theaters next year and The Avengers will follow in 2012. Iron Man 3 will be released in 2013 with Robert Downey Jr. reprising the lead role.

Jon Favreau will be a busy man even without Iron Man 3. His film Cowboys & Aliens hits theaters in July.

Who would you like to see direct Iron Man 3? SheKnows wants to know.