Time revealed its Person of the Year and it’s none other than the man that spawned a social networking frenzy — Facebook founder Mark Zuckerberg. 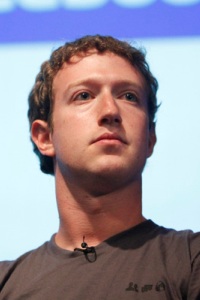 He’s the 26-year-old CEO and founder of a little site you might have heard of, Facebook, and now he’s Time’s Person of the Year — he is Mark Zuckerberg.

Time’s popular year-end list was unveiled December 15 on the Today show by editor Richard Stengel who said Mark Zuckerberg was Time’s Person of the Year for “connecting more than half a billion people” and “changing how we all live our lives.”

Richard Stengel was tasked in profiling the man that is responsible for developing more than just a web page — it’s a way of life. “More than half a billion people on the planet live in a world created by Mark Zuckerberg. The good news is, their friends all live there too,” Stengel wrote. “Zuckerberg founded the social networking site Facebook in his college dorm six years ago, but 2010 was the year that Facebook reached critical mass, both in sheer quantity of users and in its presence (through its ‘connect’ features) all over the Web.”

Zuckerberg changed our day-to-day lives and now he is the second youngest recipient of Time’s Person of the Year accolade. Charles Lindbergh received the honor when he was a mere 25 years old in 1927.

What’s next for the world’s brightest young mind in social networking and Time’s Person of the Year? “The world’s youngest billionaire has no plans to slow Facebook’s growth, nor does it show any sign of stopping,” Stengel assured.