Jack Nicholson could tackle any movie he wanted, but it was the chance to re-team with his good friend, writer-director James L. Brooks, that brought Nicholson to the cast of How Do You Know. 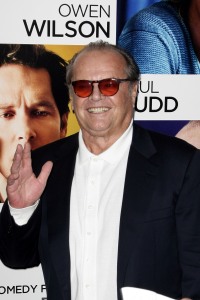 Nicholson has appeared in James L. Brooks-penned films numerous times, with two of those performances — Terms of Endearment and As Good as It Gets — earning him an Oscar.

The actor is in New York City discussing his first film in three years, How Do You Know — also starring Reese Witherspoon, Paul Rudd and Owen Wilson — and tells us what it is about the magic of Brooks that keeps him coming back, as well as adding some priceless insight into what it is like to be Jack Nicholson.

SheKnows: How you know you want to do a role, and why do you still love this business?

Jack Nicholson: He [writer-director James L. Brooks] is kind of close to me. I’ll always work with Jimmy. He’s probably the best screenwriter in the world. You know you are going to get great material. He always casts wonderful actors, look at us all [in How Do You Know]. That, plus you really get to work with, and I accent the adjective, a dear friend. A couple of Oscars didn’t hurt [laughs]. That cemented the relationship. Then, you know you’re in love [laughs].

SheKnows: What is it about Jim that you like to work with him so much? Other than he’s a good friend and as you said, he’s one of the best screenwriters working today.

Jack Nicholson: With Jim, you have to see that he writes comedies like nobody else. They’re dealing with life, death, business crimes, fatherhood, motherhood — all these serious topics and everything’s funny. At the same time, his movies have truth, and it’s funny.

But, what he attacks at the beginning is really distinct. Whether it’s cancer, or any other serious issue, he handles it with such grace. It’s the goal he sets himself. He has very interesting goals. I remember the one I particularly like, it was in As Good as It Gets. He says, “Number one, I want to write a part for the dog. He’s not just a dog. I also want him to get a specific laugh without using language from the audience.” [Laughs] He just picks out very hard things to do. And he makes it look easy. But from where he starts with a project, it is always amazing to me.

SheKnows: Your character in How Do You Know is unique in that you kiss your son [Paul Rudd], but you are ready to send him to jail. Was it difficult for you as a father to wrap your head around that aspect of this guy? It’s really a unique character in that way. 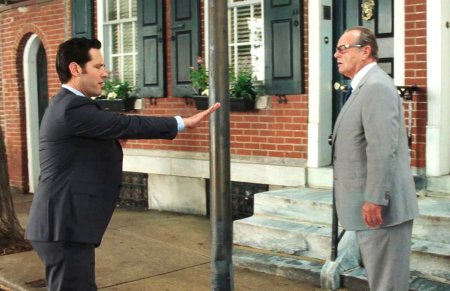 Jack Nicholson: Well, he’s a dad. He does honestly feel what he says, “There’s pissing the sidewalk. But, this is spitting on the sidewalk.” That’s how this character looks at the legal trouble they’re in. I think he thinks he’s doing the right thing for the people he loves including attempting to send his son to jail. That was a little tough for me [laughs] as a dad. He really didn’t think he was doing much wrong. I’m glad you found it unique, I was a little worried about that myself.

SheKnows: You were in Broadcast News for only a small part, but it was a James Brooks movie. What are your best memories about making that film?

Jack Nicholson: Broadcast News, well, Jim asked me if I would do it and it was only a small part. Jim said there wasn’t much to do. I knew a good restaurant I wanted to go to in D.C. So, we decided we’d meet for dinner. At the dinner, he gave me 40 pages of script to read — for tomorrow — and try on 11 suits to pick one. I kept them all [laughs]. I always will.

SheKnows: Do you feel like you are still learning?

Jack Nicholson: Oh yes, I learned a lot from this cast. I’ll tell you a story about Owen Wilson. As soon as I got to the set, he asked me if I wanted to go out and shoot machine guns [laughs]. I’m like, “Oh my God, this guy thinks I’m adventurous!”

All work and no play makes Jack…

SheKnows: How Do You Know is your first movie in three years, are you moving towards retirement or are you simply enjoying being choosy about what you do?

Jack Nicholson: I’m kind of a guy who likes to prove things. Everybody always said, “There’s no way you could not work.” Well, I’m kind of proving them wrong [laughs]. I read a lot of scripts, so I feel like I did a lot of movies. They’re all the same. I like not working. I know that’s hideous and maybe even blasphemous, but I really do. I think I’ve started to infect others, the young guys. I had a conversation with Leo [DiCaprio], where he said he really likes not working. I said, “See what I mean?” [Laughs] I don’t want to infect these guys. I don’t mind not working. But, I would rather be doing something like this movie. I’m having a great time with this movie. 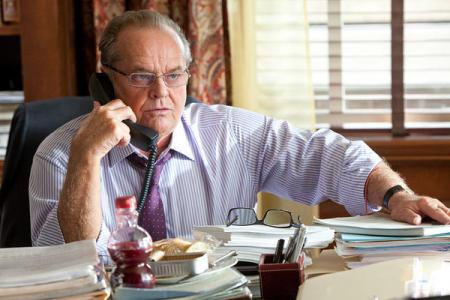 SheKnows: So, what do you like to do when you’re not working?

Jack Nicholson: I just like getting up sometime between 11 and 1. I play golf. I got a couple of kids in college, so I’m on the phone a lot. I like to see my pals, chase women around [we both laugh], I talk to my congressmen, go to funerals [laughs], it’s a tough job.

SheKnows: What about going to Lakers games?

Jack Nicholson: That’s a job. I have to be there — it’s kind of expected. I do love it.

SheKnows: What about the business do you still love?