The King’s Speech leads the Golden Globe nominations with seven nods, including Best Motion Picture: Drama. What is this film all about and should you add it to your must-watch list?

The King’s Speech led the 2011 Golden Globe nominations today with seven nominations, piquing the interest of movie buffs unfamiliar with the film. 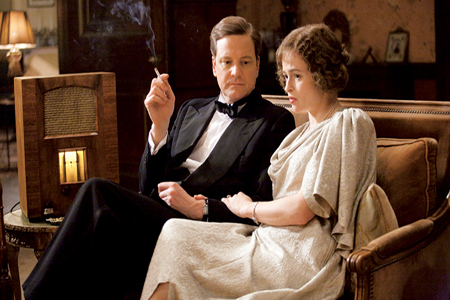 The King’s Speech, set in 1930’s England, revolves around the relationship between King George VI (played by Colin Firth) and his speech therapist Lionel Logue (played by Geoffrey Rush) who helped him get over a speech impediment in order to inspire his nation.

Don’t think The King’s Speech sounds interesting? Wrong! Critics love the dynamic between King George IV and Logue’s — their relationship starts out rough and turns into a dynamic bond.

Many believe film documents the human aspect of the seemingly-untouchable Royal family. Firth brings a sense of humility to the role, while Helena Bonham Carter (as Queen Elizabeth I) makes a convincing Queen.

Firth believes the movie is relatable, thanks in large part to writer David Seidler’s own battle with a speech impediment.

“It’s a pretty hard sell, you know. [It’s hard] to go up to somebody and say, “This film applies to you — and it’s 1937, and it’s about a member of the royal family, and it’s about someone who has a stammer,” Firth said.

“And yet people seem to have very strong emotional and personal responses to this film. Anyone who has [experienced a moment] in their life which says, “You’re up, this is your moment, you have to deliver,” and has been afraid of that moment, I think will respond to a great deal of this.”