Ja Rule will spent two years in prison after pleading guilty to a 2007 attempted possession of a weapon charge. Which other rapper was arrested for the same thing that night? Read on! 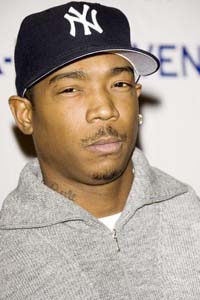 Ja Rule is heading to the big house. The rapper — real name Jeff Atkins — is set to serve two years in prison after pleading guilty to attempted criminal possession of a weapon. He was pulled over on Manhattan’s Upper West Side after a 2007 Lil Wayne concert in NYC.

Lil Wayne was also pulled over after that concert — he just finished an eight-month jail sentence at New York’s Riker’s Island stemming from that NYPD stop.

“Despite having some of the strongest anti-gun laws in the nation, gun violence continues to plague this city,” District Attorney Cyrus R. Vance Jr. told reporters. “Gun crimes are serious offenses, and today’s guilty plea should send a serious message to anyone thinking of illegally bringing a gun into New York City.”

Ja Rule’s plea agreement indicates that he’ll likely only spend 16 months in the slammer. He’ll also face a year and a half of supervised release and register as a weapon offender.

Ja Rule remained positive after the sentencing. “Minor setback for a major comeback,” he tweeted after court.

Looks like that comeback will take awhile — Ja Rule’s greatest success was in the late 90’s and early 00’s with hits like Always on Time and Ain’t It Funny with Jennifer Lopez. He was nominated for a Grammy in 2001, but his career waned after a widely-publicized feud with fellow rapper 50 Cent.