Paul Rudd has become a go-to comic genius. With his star-making turns in I Love You, Man, Knocked Up, The 40-Year-Old-Virgin and Forgetting Sarah Marshall, Rudd’s comedic mojo has made him more popular than ever. With a script by the romantic comedy master in James L. Brooks, Rudd and Owen Wilson welcomed the opportunity to be a part of the next project of the man who wrote and directed Something’s Gotta Give, As Good as it Gets and Terms of Endearment.

Brooks told us in New York City recently that when it comes to Paul Rudd, he’s never seen his comic skills so sharpened as they are in How Do You Know. “He is a brilliant actor on so many levels,” Brooks said. “In this movie, he finds levels of humor that reach new levels for even the always talented Paul Rudd.” 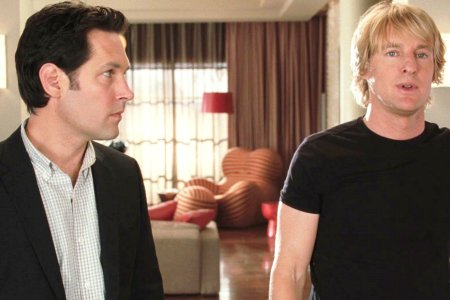 Owen Wilson, on the other hand, possesses a power to create the funny in a more natural, straight-forward way. Whether it’s his “tiny” character in the Night at the Museum movies, his enigmatic turn in Bottle Rocket or his married dad about to be seen in Little Fockers, there is something uniquely Owen Wilsonian that he brings to every role he tackles.

Paul Rudd and Wilson play rivals for Reese Witherspoon’s heart in Brooks’ How Do You Know. Rudd is a financial whiz whose father may or may not have exposed him to financial fraud that is astoundingly reflective of our times, and Wilson is a professional baseball player that matches with Witherspoon’s Gold Medal-winning softball player. Audiences have a love triangle for the ages, thanks in part to the men in the often used story prototype.

SheKnows: So, guys, How Do You Know?

Paul Rudd: We were always told that you just know. I question that. Is that really a way to more get out of the question? Or do you just know? Who knows, really?

Owen Wilson: I think it was kind of nice. A lot of people, when you talk you have that built in sensor, you’re gauging people’s reaction, thinking that what you’re saying might not come across right, I’m going to say something different. I like the way my character would say exactly what he was thinking. There is this honesty that was kind of funny and charming. 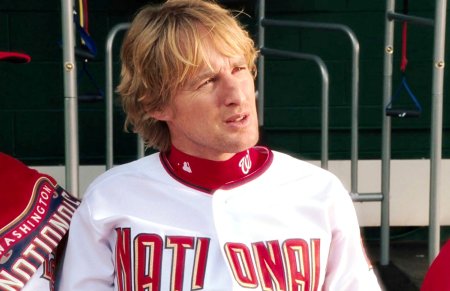 Paul Rudd: One of the things that I love about my character is that his entire world is falling in on itself and yet he tried to carry himself with this dignity. It’s who he was. He seemed to be unconcerned with how it might come off or he might come off if it was awkward. Even the way he spoke, it seemed to me he could be from another time. You don’t see that very much these days. That’s why I loved it.

SheKnows: Paul, the song that you sing in the movie is hysterical. First of all, James told me you were the finder of that gem and secondly, did you happen to enjoy singing that song a little tipsy like you did in the movie to Reese Witherspoon?

Paul Rudd: I’ll take Teddy Pendergrass drunk, sober, it makes no difference. I have actually sung that song several times at karaoke, yeah. I listen to all kinds of music. That song, I knew all the words to that song. It’s also about an eight-minute song, believe it or not, we didn’t get into the entire thing [laughs].

SheKnows: Paul, you and Reese Witherspoon share a really bad blind date in this film. Ever have one yourself? 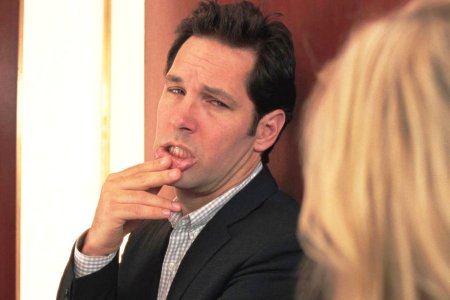 Paul Rudd: It wasn’t a blind date, but it was a double date with a friend with these two girls. It started off, we were trying to impress the girls and make them laugh. It started innocent enough with my friend kicking his shoe 30 feet in the air just as we’re walking down the street. It really struck me as funny. I tried to outdo him. So, I jumped on a mailbox or something like that, but it kept escalating. The girls didn’t laugh at any of these things [laughs]. But, it ended finally with me driving. I had this old Jeep and I thought it would be funny in the middle of a conversation to jump out of the Jeep and run alongside and keep the conversation going as if there wasn’t anything out of the ordinary going on [laughs]. I didn’t take into account that slow in a car is still really fast to someone running. When I stepped out of the car, I fell so hard on the road I ripped my jeans, and I cut up my hand. I felt the tire whoosh past my head and looked up and in a split second, the car was already 50 feet away from me, running into a tree. They were completely shell shocked. I felt completely stupid. We just drove home in silence.

SheKnows: [Laughing] How old were you?

SheKnows: Owen, in the movie both you and Paul are chasing Reese’s heart, who do you see as a rival in real life?
Owen Wilson: My older brother is a rival. He’s in the movie a little bit. I remember I threw out the first pitch at an Orioles game. They didn’t have me stand on the mound. They had me kind of loft it in there. He saw it on ESPN and he said, “You didn’t exactly bring the heat with it brother.” I said, “Well, let’s see what you can do.” [Laughs] Then, he got to throw out a first pitch at a Rangers game. He threw it so hard with a perfect strike that the announcer said, “Is it too late to sign this guy?” [Laughs] 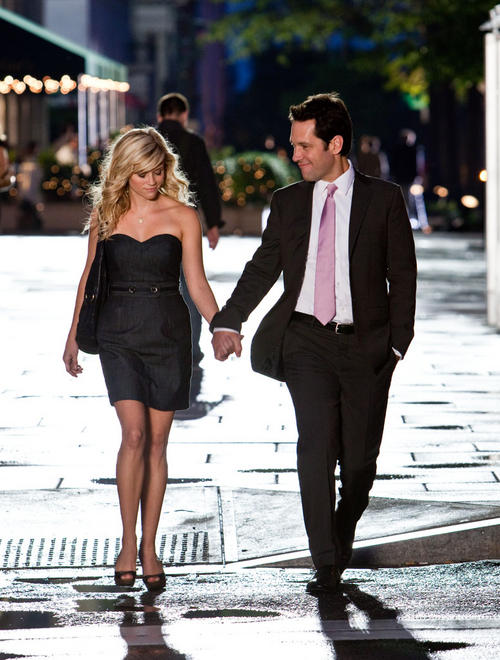 SheKnows: Any rivals in love?

Paul Rudd: I think the answer is the same for me, Owen’s older brother.

SheKnows: James L. Brooks doesn’t have his films win Oscars without a method to his magic, is it his attention to detail?

Owen Wilson: Yeah, Jim said to me about the barbeque scene, that I had to act as if that barbeque was the best barbeque of my life. I don’t know if you’re going to have to drive through Texas to find that barbeque emotion [laughs] so you know what you’re thinking in that scene, but you will not want to leave that barbeque.

SheKnows: Did you do any research about baseball?

Owen Wilson: It was kind of like the barbeque, it wasn’t really required, but I wanted to do it. I took it upon myself. I just wanted to go to Arizona and watch spring training. I did go and I have a friend who works with the Texas Rangers, so I got to hang around them for a few days.

SheKnows: Have you ever come close to having to find another career beyond acting? 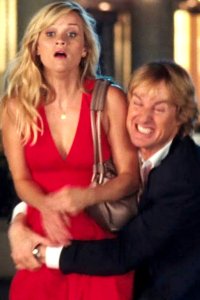 Owen Wilson: Jim [Brooks] actually produced our first movie [Bottle Rocket]. We had a horrible test screening process. I was actually thinking of joining the military [laughs]. I really thought that was what I was going to have to do. We had this one particularly horrible screening where an executive came up afterward and said, “Congratulations, seriously.” Quick as a whip he said, “Our goal for the next one is for someone to say congratulations without having to add the seriously.” [Laughs]

SheKnows: How much of yourself do you bring to a role? Do you look for similarities or differences?

Owen Wilson: I don’t know if it’s a conscious decision. It seems to be more read the part, and do the best job that you can. I don’t see how much of myself I can bring to a part, I bring everything I can.