Billy Ray Cyrus took to Twitter to voice his shock and disappointment in Miley for the video that showed her taking monster hits from a bong. The good news? It wasn’t pot, it was a legal drug called salvia. The bad news? Salvia is as potent a hallucinogenic as LSD. 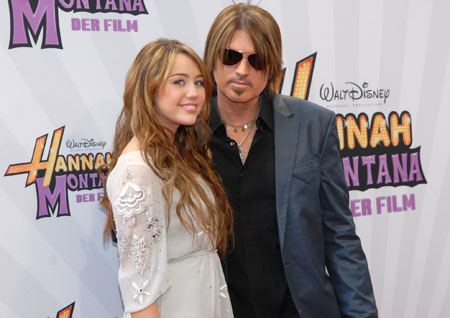 Billy Ray tweeted, “Sorry guys. I had no idea. Just saw this stuff for the first time myself. I’m so sad. There is much beyond my control right now.”

Since Miley Cyrus turned 18 on November 23, nothing she does is really within his control. What else is not in his control? The rumored affair Miley’s mom Tish supposedly had with Bret Michaels and the allegations that Tish refuses to impose any form of discipline on the kids, creating a great deal of tension in the family home.

Billy Ray and Tish Cyrus filed for divorce in October.

Is Miley smoking a legal drug really that big of a deal? Is it, for example, a bigger deal than her topless photo shoot for Vanity Fair at 15 or her pole dance at the Teen Choice Awards at 16? Is Miley heading down the same road as Lindsay Lohan, or is she merely acting like every other 18-year-old in the U.S.?