Jillian Michaels is leaving The Biggest Loser after season 11 to become a mother. Is she taking the traditional route to motherhood?

Jillian Michaels is leaving NBC’s The Biggest Loser for another big adventure: motherhood. The 36-year-old Michaels announced that she’s taking an indefinite leave of absense from the hit weight-loss reality show to start a family. 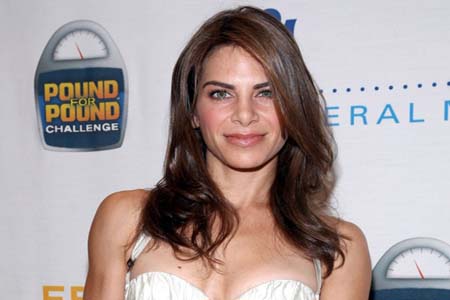 “Season 11 of Biggest Loser will be my last 🙂 have to finish out my contract,” she tweeted.

“Shooting [her reality show] Losing It… had a big impact on me,” Michaels continued in another tweet. “Living with kids I saw firsthand what I was missing.”

It seems that Michaels won’t go after motherhood in the traditional sense. She told the ladies on The Talk that she suffers from endometriosis and Polycystic Ovarian Syndrome (PCOS.) Both conditions make traditional child-baring difficult, if not impossible for some women.

Plus, she doesn’t want to lose those rock hard abs and arms.

“I’m going to adopt. I can’t handle doing that to my body,” Michaels told Women’s Health earlier this year.

But don’t worry — she’s not that narcissistic. Adoption is all about giving yourself to others, she said.

“When you rescue something, it’s like rescuing a part of yourself.”

Read on for more Jillian Michaels