Lisa Ling revealed her heartbreaking miscarriage to the audience of The View, saying the experience left her feeling like a failure. 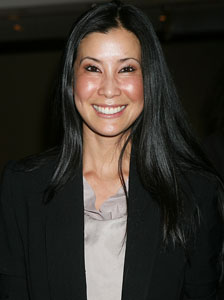 Former co-host of The View Lisa Ling revealed her heartbreaking miscarriage on The View, saying she decided to share her personal story to take the stigma out of talking about it.

“We actually [hadn’t] been trying that long,” Ling said. “I don’t know that I took it as seriously as I should have because it happened so fast. But then when I heard the doctor say there was no heartbeat it was like bam, like a knife through the heart.”

The experience made her feel like “a complete failure.”

“I felt more like a failure than I’d felt in a very long time,” Ling said. “I wasn’t ready to tell any of my friends about it. I jumped online, I started pouring through blogs.”

“Once I did start talking to friends, I realized that it’s so pervasive. Almost every one of my friends has had one at one time or another but nobody talks about it.”

While the thought of another miscarriage leaves the 37-year-old journalism correspondent “devastated,” she has started a website so other women can share their stories and take the stigma out of everything we’ve been keeping bottled up. SecretSocietyofWomen.com was launched in October 2010.