Our first glimpse of Transformers 3 has landed. There’s no Michael Bay explosive mayhem or even a glimpse of the stars. Instead, the Transformers 3 trailer sets up the third and final installment by rewriting America’s 1969 moon landing to include the discovery of an alien ship. 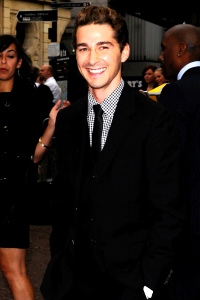 Transformers 3: Dark of the Moon is due to hit theaters in 2D, 3D and IMAX on July 1, 2011, but we’re already getting our first look. The Transformers 3 trailer has landed and moviegoers who catch the new film The Chronicles of Narnia: The Voyage of the Dawn Treader in 3D this weekend may even get to see the preview in 3D!

Shia LaBeouf, Josh Duhamel and John Turturro are back to play their parts in the newest Autobot-Decepticon battle, while LaBeouf’s former leading lady Megan Fox is out for this round. A few new characters enter the fray, played by new leading lady Rosie Huntington-Whiteley, John Malkovich and funnyman Ken Jeong (Community, The Hangover).

None of these stars, however, are in the first Transformers 3 trailer. There’s also no glimpse of Bumblebee, Ratchet, Ironhide, Sideswipe or Optimus Prime, let alone any Michael Bay-style pyrotechnics, chases or smart mouth comments.

Instead, the trailer sets up the Transformers 3 story by revealing a 1969 NASA cover-up. In the new teaser, Neil Armstrong and Buzz Aldrin find an enormous spaceship on the dark side of the moon. The astronauts are awed by the seemingly abandoned machinery, but then we see a set of metallic eyes come to life.

Do those eyes belong to this installment’s new villain, Shockwave? Or, more likely, was America’s moon landing the first discovery of troublemaker Megatron?

“When I look at it, I think it’s cool, but is it exciting?” Bay said of the footage. “It’s intriguing. It’s good; it’s doing its job.”

“We have a more serious story this time, and I’m trying to make up for movie two,” he added. “I got rid of the dorky comedy, I mean we’ve got two little characters, that’s it, but the dorkiness is not there. Dork-free Transformers. It’s still entertaining…”

Check out the Transformers 3 trailer and see for yourself.