It’s that time of year again, when most of your favorite shows prepare to leave you speechless until the new year — The Vampire Diaries is no exception.

The Vampire Diaries will leave you breathless this holiday season with its last new episode for December — By the Light of the Moon. 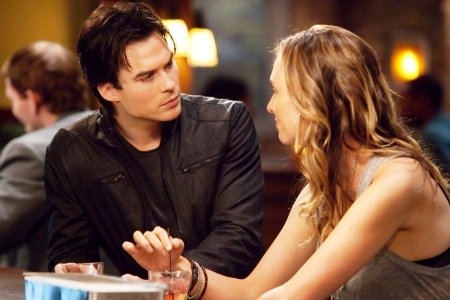 This week on The Vampire Diaries: By the Light of the Moon, Tyler (Michael Trevino) prepares for his first painful and life-changing transformation as a werewolf with Caroline (Candice Accola) standing by his side. Meanwhile, Stefan (Paul Wesley) and Katherine (Nina Dobrev) try to get into each other’s minds, playing a psychological game of cat and mouse while trapped in the tomb. Damon (Ian Somerhalder) and Alaric (Matt Davis) try to figure out the motives of a mystery woman named Jules who comes to Mystic Falls looking for Mason.

Elsewhere, Elena (also Nina Dobrev) becomes increasingly worried over how far those around her will go to keep her safe from Klaus, and Bonnie and Luca continue to get to know each other while hiding secrets and casting spells. Elijah also returns to make a deal that could change everyone’s life forever.

Check out SheKnows’ clip of The Vampire Diaries, By the Light of the Moon, and don’t forget to watch the CW’s week-long marathon of the first ten episodes of season two beginning December 13. Tell us what episode you’re looking forward to biting into again while waiting for new episodes.