Giuliana Rancic is trying to get pregnant again, mere months after she suffered a tragic miscarriage. 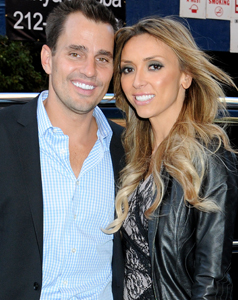 In an upcoming episode of her reality show Giuliana and Bill, the E! News host reveals her personal struggle with infertility and the decisions that have to be made for treatment.

In a preview, Giuliana discusses her fears of going through it all again.

“The thing with the fresh cycle and doing it all over again, it’s daunting in a way for me,” she said.

“It felt like this very long period of time where I was constantly stressed and uncomfortable, so if there is any way around that? But at the same time I don’t want to do frozen [embryos] because the ones we have are not the best.”

Giuliana and Bill have been trying to conceive since 2009. Her recent pregnancy ended in a July miscarriage at just nine weeks.

The 36-year-old recently revealed that she sometimes undergoes up to 63 shots a month in her bid for a baby. Doctors told her at the beginning of her quest that her chances of getting and staying pregnant would be greater if she put on some weight, and she announced last winter that she had gained five pounds.