It’s been 30 years since the death of John Lennon and his impact is still being felt around the world as Rolling Stone prepares to release his very last interview. 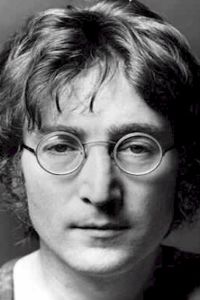 On December 8, 1980, John Lennon was shot and killed outside his Manhattan apartment building. On this, the 30th anniversary of his death, fans gathered at Strawberry Fields, the famous garden in Central Park dedicated to Lennon, to pay tribute. Fans celebrated the life of the man who strived to bring change to the world, placing flowers on a mosaic simply called, Imagine.

Across the pond in Liverpool, Lennon’s birth place, those looking to honor the fallen musician were expected to hold a vigil at the Peace and Harmony sculpture in Chavasse Park. John Lennon’s former wife, Cynthia, and their son, Julian, recently debuted the new sculpture just in time for the 30th anniversary of Lennon’s death.

While fans and loved ones all over the world are celebrating the life and times of John Lennon, Rolling Stone magazine is preparing to release his very last print interview done three days before his death. Lennon’s final interview was shared with the Associated Press via Rolling Stone in honor of the 30th anniversary of his death. While parts of the interview done by Jonathan Cott were released in the 1980 Rolling Stone issue featuring Lennon’s death, this will be the first time it is released in its entirety.

In a recent interview, Jonathan Cott revealed, “His words are totally joyous and vibrant and hopeful and subversive and fearless. He didn’t mince words.”

While John Lennon stood for peace and change, he had some choice words for the critics questioning his decisions after leaving the Beatles. “These critics with the illusions they’ve created about artists — it’s like idol worship,” Lennon explained in 1980. “They only like people when they’re on their way up…I cannot be on the way up again.”

Lennon went on to add, “What they want is dead heroes, like Sid Vicious and James Dean. I’m not interesting in being a dead (expletive) hero. So forget em, forget ’em.”

Sensationalizing and immortalizing an artist in death was obviously on John Lennon’s mind which makes it even more tragic that the interview was done just three days before the Beatle’s own death.

The interview wasn’t only riddled with backlash for his doubters, he also talked to Jonathan Cott about his visions for change and who he chose to surround himself with. “I’ve selected to work with…only two people: Paul McCartney and Yoko Ono. That ain’t bad picking.” Lennon added, “I’m not claiming divinity. I’ve never claimed purity of soul. I’ve never claimed to have the answers to life. I only put out songs and answer questions as honestly as I can. But I still believe in peace, love and understanding.”

As for why Jonathan Cott released the entire interview now, it was simple. “On a strip of magnetic tape, it was sort of a miracle that first of all, the tape had not degraded after 30 years,” he said. “All of this sudden, this guy’s voice, totally alive…just made me feel so inspired that I felt that I should really transcribe the whole thing.”

Yoko Ono released her own statement the night before the 30th anniversary of her husband’s death. “On this tragic anniversary please join me in remembering John with deep love and respect,” Ono said. “In his short lived life of 40 years, he has given so much to the world. The world was lucky to have known him. We still learn so much from him today. John, I love you!”

The Rolling Stone magazine with John Lennon’s complete interview will be on stands on December 10.