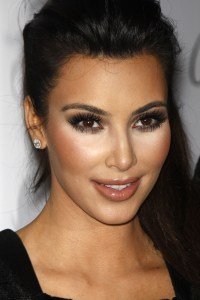 Reality TV receives a lot of grief from its more serious network competitors, but as you’ll see from the Daily Beast’s 2010 Highest Paid Reality TV Stars list, the personalities are laughing all the way to the bank.

Former The Hills star and LA Candy author, Lauren Conrad, stepped out of the spotlight to work on her own projects but it didn’t stop her from landing in the number two spot with a cool $5 million for 2010.

When Bravo’s The Real Housewives of New York star Bethenny Frankel isn’t Skating with the Stars, she’s rolling around in a 2010 net worth of $4 million thanks to her skinny girl drink mixes.

Audrina Patridge danced her way to the number four spot on the Daily Beast’s list, raking in $3.5 million. Rounding out the top five is perhaps the most talked about reality star of the year, Kate Gosselin. The mother of eight, who sky-rocketed to fame with TLC, brought in $3.5 million as well.

Let’s not forget about the men of reality. Jersey Shore star Michael “The Situation” Sorrentino, took his abs all the way to the bank at the number six spot with $3 million.

Those Kardashians sure bring in the dough. Khloe and Kourtney Kardashian took the number seven and eight spots matching their 2010 salaries at $2.5 million. Another Jersey Shore cast member made the Daily Beast’s list bringing in $2 million, Paul “DJ Pauly D” Delvecchio, while E! personality and former Playboy model Kendra Wilkinson took the number ten spot with her 2010 paycheck of $2 million.

That’s a whole lot of millions being spent for being, well, you. Reality TV lives on!