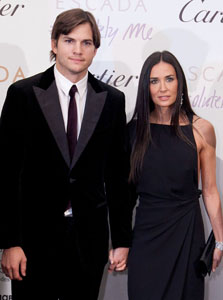 Vivid says that if Kutcher’s reputation takes a hit over the movie it’s his own fault, and that they are off the hook because they only use the first name of Ashton, which theoretically could be any one of thousands of men with the same name.

In the letter, Vivid’s lawyers wrote, “First and foremost, Vivid specifically denies any wrongdoing or liability and believes the allegations made against Vivid are without merit. I am not aware that Vivid has released any video using Ashton Kutcher’s name or likeness. Also it was unclear from your letter exactly what Mr. Kutcher is alleging caused, and will continue to cause, substantial damages to Mr. Kutcher and placed Mr. Kutcher in extreme jeopardy. Is your client alleging that Vivid has somehow concocted a story that Mr. Kutcher had an affair with Brittney Jones, thereby damaging Mr. Kutcher’s reputation? Mr. Kutcher’s alleged affair with Brittney Jones has been widely reported in the press for several months. Therefore, we doubt the claim of substantial damages and placement of Mr. Kutcher in extreme jeopardy arises from Vivid’s upcoming release of an adult video featuring his alleged mistress, Brittney Jones. Of course, if you are aware of any other facts which indicate that my client has somehow caused, and will continue to cause, substantial damages to Mr. Kutcher please let us know.”

You see what he did there? Ever so subtly implying that if Kutcher pursues a lawsuit against Vivid, he would have to admit to having an affair with Brittney — the absolute last thing Ashton wants to do.