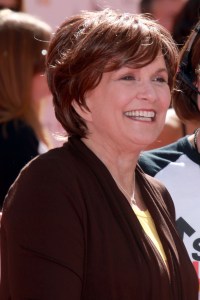 Edwards passed away in her home in North Carolina. The former senator’s wife first contracted breast cancer in 2004 and beat it back. Then, in 2007, her cancer had resurfaced and her battle to beat cancer began anew.

It became clear that the cancer had spread to other parts of Elizabeth Edwards’ body and even though she put up a good fight, doctors knew it was only a matter of time.

Elizabeth Edwards will not only be deeply missed by her family, but also by the millions who took an affinity to her while she campaigned with John Edwards, both in his Senate race and his two-time run for president.

After news of an affair between John Edwards and documentary filmmaker Rielle Hunter surfaced, Elizabeth Edwards at first put on a brave face. But, as time went by, she couldn’t stay by his side and announced she was divorcing him. Even as her cancer was getting worse, she still stated she would rather be alone fighting cancer with her children and family, than with the man who had betrayed her trust.

Edwards died at her Chapel Hill, North Carolina home. Her family confirmed the loss and immediately millions of well-wishers took to social media to discuss the loss of an American fighter.