Khloe Kardashian is not a fan of the TSA and their new policy of touching your privates. 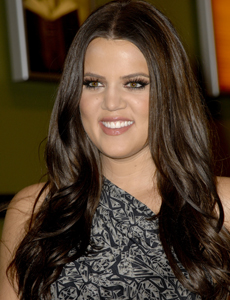 Khloe Kardashian ripped the TSA a new one on George Lopez’s show, calling their new “enhanced pat down” policy the equivalent of rape.

As a guest on Lopez Tonight, Khloe Kardashian described a recent incident with an overzealous TSA agent:

“Well, they basically just are raping you in public. I got asked the other day, ‘Do you want to go for a screening or get patted down?’ I don’t want that X-Ray to see everything, honey.”

Some rape victims are crying foul over what they are calling an extremely unfair comparison by Khloe Kardashian. However, a vocal portion of the American public agrees with her, especially after several videos have emerged of travelers getting into altercations with TSA agents over the practice.

But look at it from the TSA’s standpoint: A Kardashian booty is big enough to smuggle an AK-47.