The two last books chosen for the Oprah Book Club are classic Charles Dickens novels, A Tale of Two Cities and Great Expectations.

Oprah announced on Monday that for her Oprah Book Club selections she went “old school” with the Charles Dickens classic novels, A Tale of Two Cities and Great Expectations. She said the books were “timeless classics” and said “it’s the best of times, readers.” 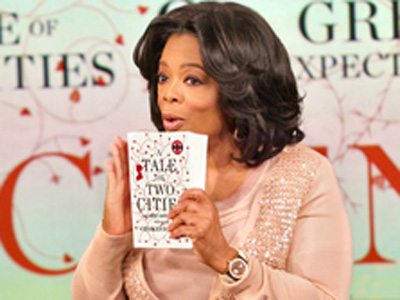 Oprah revealed she has never read either one of these books — and these could be the last two novels selected for her book club since her show goes off the air next year.

Both novels are being released in a single paperback edition of around 800 pages, priced at $20, or the electronic version can be purchased from Penguin for $7.99.

Oprah Book Club fans have until the end of January to read both or one of the novels before discussions of the two classic books begin.

Tell us: Do you plan on reading the Dickens novels with Oprah?