Aretha Franklin is recovering after an emergency surgery on the iconic singer. 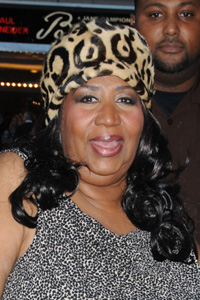 Aretha Franklin underwent a “highly successful” emergency surgery and is recovering well. She checked in at 5 a.m. this morning at a Detroit hospital. The singer didn’t reveal the nature of the surgery, but did release the following statement:

“God is still in control. I had superb doctors and nurses whom were blessed by all the prayers of the city and the country. God bless you all for your prayers!”

This surgery comes on the heels of Franklin, 68, canceling upcoming concert dates and appearances last month, per doctor’s orders. She was seen visiting the Detroit hospital, however, no other details have been revealed.

Fans gathered in Detroit to pray for Franklin — after learning her Detroit performance on December 9 with The Temptations singer Dennis Edwards had been canceled. Fans were looking forward to the Queen of Soul singing some of her hits, including Respect, Chain of Fools and (You Make Me Feel Like) A Natural Woman.

This has been a tough year for Franklin, who fell and broke some ribs in August, and her son Eddie was beaten up in a gas station in Detroit in September.

read on for more Aretha Franklin