Brittney Jones, Ashton Kutcher’s alleged mistress, is all set to release her sex tape with Vivid Entertainment. He isn’t in the graphic tape, so why is Ashton Kutcher so upset?

Calm down, ladies. Ashton Kutcher isn’t in rumored mistress Brittney Jones’ sex tape. That’s not stopping Vivid Entertainment from using his name to help promote the tape, and Kutcher is none-too-pleased with it. 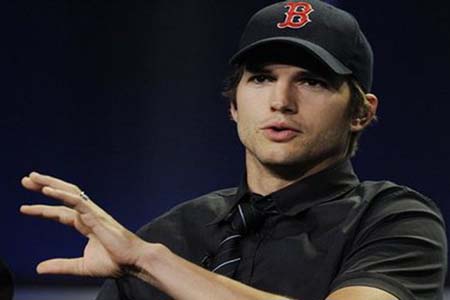 Kutcher’s legal team has fired off a cease and desist letter to Vivid demanding that they strip the tape of any associations with his name, or else.

Jones, 21, made headlines this fall for her alleged trysts with Kutcher while wife Demi Moore was out of town. She even alleged that the couple has an open relationship and that Moore was only upset about the relationship because she wasn’t invited to join in.

Her attempt at scandal fizzled after Kutcher and Moore denied the affair. That hasn’t stopped her from trying to extend her 15 minutes by releasing the tape with multiple references to Kutcher.

“Vivid has obtained never-before-released footage that shows Brittney engaged in very explicit, uninhibited sex with a former boyfriend. Ashton’s fans will undoubtedly enjoy seeing what the star himself may have experienced, in this exclusive video,” Vivid wrote in a press release.

“It is clear that the use of our client’s name is the principal selling point of the Video, and that Mr. Kutcher’s name is being used to lure potential customers to buy the Video and other merchandise which you sell,” the letter stated, adding that Vivid is “trading on Mr. Kutcher’s good name and reputation for a commercial purpose” and trying to “misappropriate and convert the potential economic value in Mr. Kutcher’s identity,” Kutcher’s lawyers wrote.

Something tells us it’s best that Vivid comply — Kutcher and his lawyers aren’t messing around!