Oprah Winfrey is getting ready to launch her network, OWN, and who better to sing about it than her favorite Black Eyed Pea, Will.i.am.

Related story Oprah Gave Fans a Glimpse Into Her Christmas With What Gifts She’s Already Got This Year — Ralph Lauren, SPANX, & More!

On December 3, moviegoers will hear a familiar voice promoting the new Oprah Winfrey network OWN — the Black Eyed Peas’ Will.i.am. 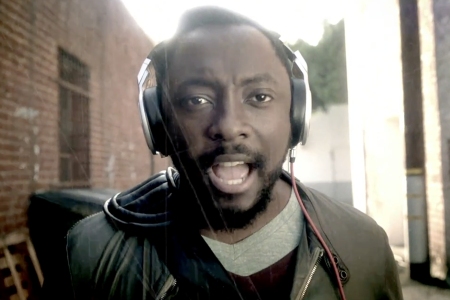 The Black Eyed Peas’ super-sonic mixer wrote a song for Winfrey’s new network that will be featured in a nationwide theater campaign. That’s a sweet deal if we do say so ourselves — who doesn’t want to hear Will.i.am while munching on popcorn?

Will.i.am’s new OWN beat, fittingly called Own It, is not only the network’s new marketing tool, it’s the theme song for a new talent show OWN will run when it launches January 1.

Oprah has long been a huge fan of the Black Eyed Peas and her choice for marketing OWN couldn’t have been more perfect — the Black Eyed Peas have massive appeal. Will.i.am will also be featured on the OWN channel in a summer show detailing the “creative process.”

If you can’t make it to the theater to hear Own It, check out the Black Eyed Peas’ new album The Beginning. The song is included as a bonus track to get you pumped up for the future of Oprah Winfrey — OWN!

Don’t forget to spend your New Year’s Day checking out the OWN network, which will launch January 1 — just in time to take a rest from all the holiday cheer! So much Oprah, so little time.

read on for More Oprah