The man who had bragged to neighbors that he was paid $10,000 to kill Hollywood publicist Ronni Chasen has committed suicide. 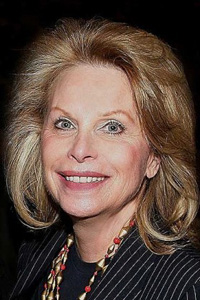 Ronni Chasen, a well-known Hollywood publicist, was shot multiple times and killed while driving her Mercedes home in Beverly Hills on November 16 after attending the Burlesque premiere.

Beverly Hills police identified “Harold” as a person of interest. When authorities went to his apartment, the low-income Harvey Apartments, to confront him, he fatally shot himself.

Neighbors tell police he had been bragging that he had murdered Chasen. Neighbor Terri Gilpin tells People that he was saying, “‘You know that publicist they’re talking about on TV? Yeah, I killed her. I’m getting $10,000 for killing her. I did it, I did it,’ he said.”

Gilpin also confesses, however, that he seemed “mentally ill” or was possibly a drug addict.

If he did do it, the question remains of who ordered the hit and why? Deadline Hollywood says that police are searching Harold’s apartment for clues. “If the subject turns out to have what police are looking for in his room, they can rule out that this was a mob hit.”

This Hollywood publicist’s murder sounds a lot like a Hollywood murder mystery.