One of the ex-husbands of Jennifer Lopez is threatening to release very personal home videos in which JLo bares all! 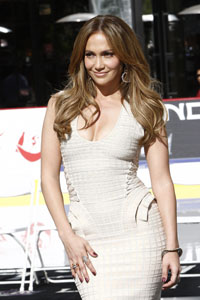 Ojani Noa — the first husband of the much-married Jennifer Lopez — claims he has home video of the two of them on vacation in Cuba in which the singer shows off her lady bits to an adoring public.

A rep for Ojani described the tapes. “JLo is riding a scooter in public in Cuba, while talking to the camera and numerous by-standers, with her privates in as plain view as Paris Hilton, Britney Spears and Lindsay Lohan have in the past. This is among other nudity on her part in the now 21 hours of home movies, that we have so far recovered.”

Ojani has already been smacked down by two judges after trying to sell out his relationship with Lopez: Once when he wanted to release a tell-all book, and again when he originally wanted to release these same tapes.