WikiLeaks founder Julian Assange is a wanted man: Interpol has issued a global arrest warrant against the Aussie activist. 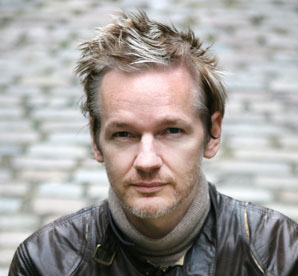 Julian Assange — the founder of controversial website WikiLeaks — is wanted by Interpol for suspicion of rape, sexual molestation and illegal use of force in Sweden.

A Stockholm district court approved the request after learning investigators have been unable to question Assange, who they claim is in hiding.

Mark Stephens, Assange’s lawyer, said the so-called fugitive had “repeatedly offered to be interviewed, first in Sweden, and then in the UK,” including at the Swedish embassy in London and at a police station in the UK, in person or by phone, and by video conferencing and email. “All of these offers have been flatly refused by a prosecutor who is abusing her powers by insisting he returns to Sweden.”

The first arrest warrant for Julian Assange, issued in August, was dropped when prosecutors determined the rape allegations — brought by two separate women — lacked substance. “Both women have declared they had consensual sexual relations with our client and that they continued to instigate friendly contact well after the alleged incidents. Only after the women became aware of each other’s relationship with Mr. Assange did they make their allegations against him,” said Stephens.

“My client is now in the extraordinary position that, despite his innocence, and despite never having been charged and despite never receiving a single piece of paper about the allegations against him, one in 10 Internet references to the word ‘rape’ also include his name.”

Some question the timing

Fans of the WikiLeaks site question the timing of the Interpol warrant, as it comes hot on the heels of pretty much every country in the free world (and some not) being pretty ticked that Assange has published classified government documents on the web.

But Assange says not to worry: He’s got lots more material and plans to post all of it. Speaking from an undisclosed location via Skype, he told Time, “We’re doing about 80 a day, presently, and that will gradually step up as the other media partners step in.”

“We have now in our four-year history, and over 100 legal attacks of various kinds, been victorious in all of those matters.”