Madonna’s flagship Hard Candy gym has opened in Mexico City after getting a few pesky permit issues taken care of.

Madonna opened the Mexico City Hard Candy gym with a splashy red carpet event and later taught a dance class herself with 20 lucky handpicked members. But a city official later said the gym would not be open to the public unless Madonna’s people produced some very important pieces of paper: a security plan, a parking certificate and a land use permit. 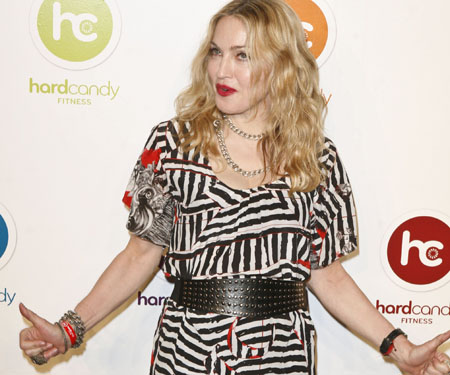 “They only let us know Friday that they were going to have an inauguration, and when we had a meeting, they didn’t have a single permit … to operate,” said borough chief Demetrio Sodi in a television interview. “No protection program, no license, not even a certificate assuring they have parking.”

By Wednesday, according to authorities, Madonna’s reps had presented the missing documents and the gym was officially opened. Translation: Local officials had their palms greased and stepped aside.

Interesting side note, Sodi happens to be the uncle of Latin pop sensation Thalia.

Is Madonna dating her dancer?
Madonna on Ellen: We are torturing gay teens
Madonna hates everyone in 1991 letter