Christina Aguilera is talking about her new boyfriend barely two months after she split from her husband.

Christina Aguilera has a new man: Matthew Rutler, a set assistant on her new flick Burlesque. Now, barely two months after she announced her split from husband Jordan Bratman, Christina is talking about what it’s like to love again. Yes, we said love. 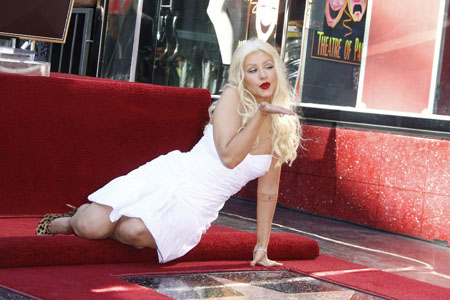 The powerhouse singer told People, “There’s a love there, yes. I’m having fun, I’m dating and it’s something I haven’t had in a really long time.”

“Matthew is a special person. We had a really strong friendship on the movie,” she said. “He’s the kind of person you could spend hours on the phone talking to and all of a sudden it’s daylight.”

Christina met Matthew on the set of Burlesque, which filmed late 2009/early 2010 — right around the time Christina’s marital problems began. Coincidence? You be the judge, but remember that the cast does not generally hang out with the crew months after filming ends unless a relationship of some sort is formed.

For her part, Christina is sticking to the story that they didn’t begin dating until after she filed for divorce — but as any 20-something can tell you, a lot can happen between two people who aren’t “dating.”

“Once I filed for divorce, we started dating,” she told People. “I’m not trying to jump into anything. I just left a five-year marriage. I’m taking it slow and trying to be happy.”

Burlesque is currently in theaters.