Glee creator Ryan Murphy says that many of the older cast members will graduate and he will bring in new members to keep the show authentic.

Ryan Murphy, creator of Glee, says that he expects an entirely new cast by 2012 as the older cast graduates from high school! 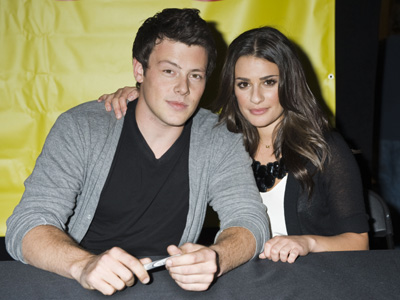 “Every year we’re going to populate a new group,” he says. “There’s nothing more depressing than a high schooler with a bald spot.”

“I think you have to be true to the fact that here is a group of people who come and go in these teachers’ lives — they graduate and they’re gone. When some of them finish their run at high school it will be very teary episodes,” Murphy says. “For me it will be particularly tough but a new crop (of actors) will come in.”

He goes on to say that they have started bringing in new cast members and he feels that audience members will embrace them.

“I was concerned about that (whether to have characters graduate and leave the show) because those kids caught on so quickly — but I think one of the things I’m very happy we’ve been able to do this year is we’ve brought in new characters. I think if you can keep regenerating — and I didn’t think we could — I didn’t know if people would want those characters (like Sam) but they do.”

What do you think? Do you agree he should bring in new cast members — or should they let the original cast ride it out for as long as possible?