Dancing With the Stars champion Jennifer Grey is getting cut. The season 11 winner will undergo minor surgery to correct a ruptured disc. 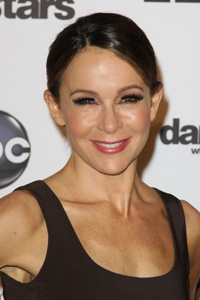 Just a week ago, Jennifer Grey emerged as the champion of Dancing With the Stars, hoisting her mirrorball trophy high into the sky. This week, the 50-year-old dance champ is talking surgery.

“I ruptured a disc, and I’m gonna go home today and I’m probably gonna have surgery this week or sometime next week,” Jennifer Grey revealed to Access Hollywood.

Fans watched Jennifer Grey struggle with injury after injury on Dancing With the Stars, but it looks like she’ll be as good as new very soon. “It’s just gonna be like a little surgery where they take out the ruptured disc thing, and you know, it won’t be a big deal. Compared to the other surgeries I had on my neck, my doctor says it won’t be a big deal,” Grey assured. “I’ll be home that night.”

Despite the rigorous schedule and grueling pain Grey put her body through, she doesn’t regret a single moment she shared with partner Derek Hough on DWTS.

While her neck was the primary focus of her injuries during her time on Dancing With the Stars, Grey said, “My neck is fine. My neck did really well because it has a steel plate in it. So, it was really, actually, [it’s] probably the strongest part of my body.”

Well wishes and a speedy recovery go out to Jennifer Grey!