David Cassidy has pleaded not guilty to DUI a day after the Florida Highway Patrol released his arrest video.

Former teen idol David Cassidy submitted his written plea of not guilty to the Florida court in response to DUI charges stemming from his November 3 arrest. 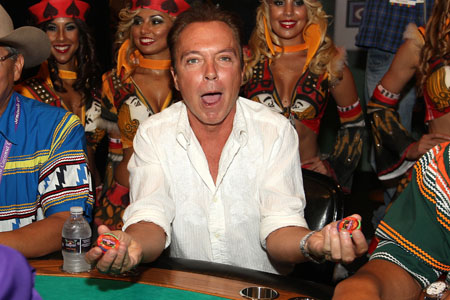 Cassidy claims the only alcohol he consumed that day was a single glass of wine hours earlier and that he was tired after attending an early morning funeral that day.

Oh yeah, and he took a potent opiate, hydrocodone, two-and-a-half hours before he was pulled over. And he had a half-empty bottle of bourbon rattling around the back seat. Oopsie!

Cassidy faces a maximum six months in jail and $1000 fine if convicted of the three charges: misdemeanor DUI, failure to maintain a single lane and driving with an open container. He is due in court to face the judge on January 18.