Former American Idol judge Kara DioGuardi will release her memoir in 2011, exposing what really went on behind the scenes of the talent show. 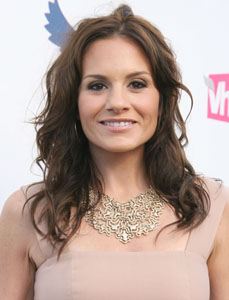 While DioGuardi says her book “is meant to inspire others to take chances to succeed,” others say it is her way of giving the finger to American Idol producers.

DioGuardi left Idol under mysterious circumstances at the end of season 10, saying nothing other than “I feel like now is the best time to leave Idol.”

But insiders say that when Simon Cowell left, executive producer Nigel Lythgoe decided Kara was no longer a good fit for the American Idol team.

DioGuardi has moved on and will judge a singer/songwriter competition show called Going Platinum on Bravo. Her seat — and that of Ellen DeGeneres — has been filled by Jenifer Lopez and Steven Tyler, who will share the judges’ table with Randy Jackson.

read on for more kara dioguardi