A man convicted of stalking Uma Thurman in 2008 has violated a court order protecting the star. 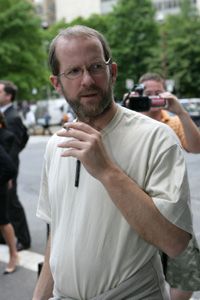 Jack Jordan was convicted in 2008 of stalking Uma Thurman and it looks like he’s done it again. According to officials, Jordan was arrested November 23 in his home area of Montgomery County, Maryland, after violating a court order that prohibited him from contacting the star.

Jack Jordan is reportedly awaiting extradition to New York, which is where the case began, after calling Uma Thurman’s office. The most bizarre part of this case is the report that Jordan was Googling Thurman’s name when the cops showed up to serve him with the arrest warrant.

Who is Jack Jordan?

Jack Jordan is a former student of the University of Chicago where he holds a degree in English. He’s worked in the area of saving lives, if you can believe that, as a former lifeguard. His mental stability has been somewhat of a question mark 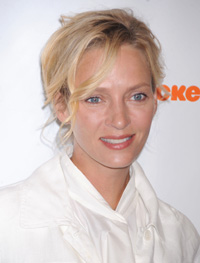 over the years as he was given three years probation in 2008 for stalking Uma Thurman and told not to contact the actress for five years. Really, a five year expiration date for when you can try and stalk someone again? Seems odd, but okay.

According to a Montgomery County, Maryland police spokeswoman, Jack Jordan will attend a December 21 extradition hearing.

Uma Thurman’s camp has been quiet on this latest incident involving Jack Jordan. Stay tuned for more on this developing story.