Irvin Kershner, director of Star Wars: The Empire Strikes Back, died at age 87. 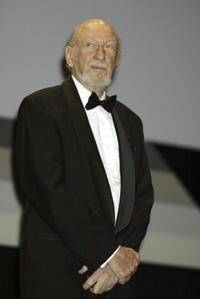 Star Wars: The Empire Strikes Back director Irvin Kershner, or “Kersh” as many called him, died at the age of 87 after a three-and-a-half-year battle with lung cancer, says friend and publicist Dick Guttman.

“The world has lost a great director and one of the most genuine people I’ve had the pleasure of knowing,” Star Wars creator George Lucas said.

“Irvin Kershner was a true gentleman in every sense of the word. When I think of Kersh, I think of his warmth, his thoughtfulness and his talent. I considered him a mentor.”

Lucas said he wanted a director he could “trust,” and that is why he chose Kershner to direct The Empire Strikes Back. “I needed someone I could trust, someone I really admired and whose work had maturity and humor. That was Kersh (sic) all over.”