A debit card planned and promoted by the Kardashian sisters has ended in a controversial mess amidst accusations of predatory lending. 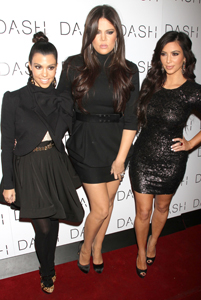 The Kardashian sisters have pulled out of an agreement to appear on and promote a controversial prepaid debit card.

Khloe, Kourtney and Kim Kardashian all appeared on the front of the Kardashian Kard, a prepaid debit card marketed to the same demographic as the sisters’ reality TV franchise.

The catch? The Kard came with some hefty fees, including a fee for each purchase, a fee for ATM withdrawals and a fee to talk to customer service. These sketchy terms and conditions did not escape the ever-vigilant eye of Connecticut Attorney General Richard Blumenthal, who called the fees “outrageous” and said the card unfairly targets financially inexperienced young adults.

Rather than be stuck with a boatload of bad publicity, the Kardashians have opted to pull out of the agreement and will no longer allow their name or image to be used.

But don’t think for a minute the girls are happy about this. “The Kardashians have worked extremely long and hard to create a positive public persona that appeals to everyone, particularly young adults.”

“Unfortunately, the negative spotlight turned on the Kardashians as a result of the Attorney General’s comments and actions threatens everything for which they have worked.”

Don’t cry for the Kardashians and their lost business venture — we hear their new Dash location in NYC is raking in cash hand over fist.

read on for more kardashian news!