Glee is traveling to sectionals this week minus one very important New Directions member — Kurt.

Kurt (Chris Colfer) bid a fond farewell to his friends of New Directions last week on Glee and transferred to Dalton Academy. On this week’s episode of Glee, called Special Education, Kurt faces his old glee club as the McKinley High New Directions and the Dalton Academy Warblers face off on the road to nationals — it’s sectionals time! 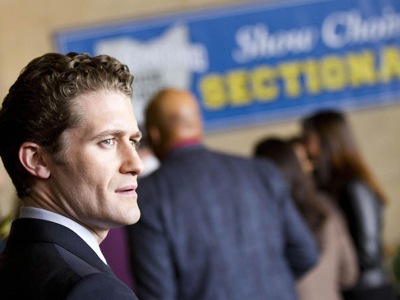 With Kurt now on the opposite side of the glee spectrum as part of the Dalton Academy Warblers, the members of New Directions seem to be on edge.

Special Education will feature our favorite Glee cast members preparing for sectionals and their battle against the Warblers while dealing with their feelings about Kurt’s transfer. A third group known as the Hipsters is being thrown into the sectionals mix but they might be a decoy for the real rumble in the glee club jungle.

The episode will also bring back hot dentist Carl played by John Stamos. Rumor has it there could be some big developments for Emma and Carl while complications among other McKinley High couples arise. 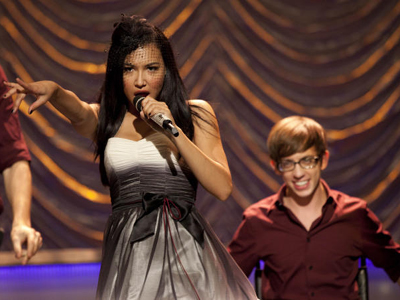 Special Education will feature a great line-up of music including Kurt and Rachel (Lea Michele) belting out Don’t Cry for Me Argentina and the Dalton Academy Warblers taking on Hey Soul Sister. Music from Glee’s Special Education is available on iTunes November 30 — which is now, so go check it out!