Barbara Walters has released eight of the ten people from her 2010 Most Fascinating People list — with the final two to be announced on her special airing next Thursday. 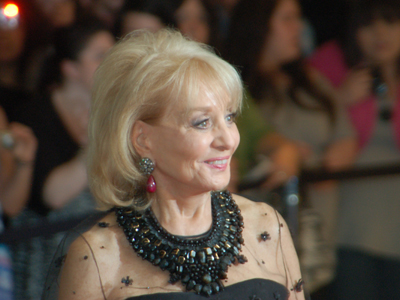 Walters reportedly picked Middleton before news of her engagement was released (maybe Barbara had inside information?) and Palin returns to the list for the second year in a row. Get the complete list here of the 2009 Most Fascinating People.

Who will be the Most Fascinating Person?

Noticeably absent from the list are Lady Gaga, Angelina Jolie and Katy Perry. Will one of them nab the top honors? Others that may make the list include Oprah Winfrey, Michael Douglas, James Franco, Chelsea Handler, Jane Lynch, Jon Hamm or Emma Watson.

Tell us: Who do you think will be the Most Fascinating Person 2010?