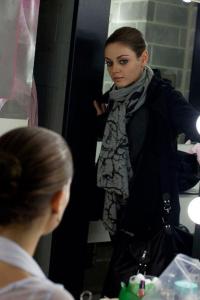 SheKnows: Mila, what did you pig out on and were you thrilled to eat a “normal” meal again?

Mila Kunis: Oh, my God! You have no idea! It took me five months to lose 20 pounds, and it took me hours to gain it back. It was magical, how quickly it all happened. Before production ended, the last time I had to do any sort of dancing, I ran home that night and had a massive bowl of mac and cheese. I was so excited. Going back to my poor eating habits, after having really good eating habits, my stomach was a little unsettled, but after production ended, the first thing I did was go and get Panda Express at the airport terminal. And then, I landed in L.A., got in my car, drove to In-N-Out and had a double-double, animal style with a root beer float, and it was fantastic. That is what I did. It was so good [laughs]!

SheKnows: Natalie, what was it like to work opposite Barbara Hershey as your mother in Black Swan? It’s such an emotional relationship.

Natalie Portman: Darren did a really beautiful thing, where he had Barbara write letters to me in character, as Erica to Nina, for the first portion of the film, that he would hand to me on important days of shooting that I should feel my mother. Barbara wrote really gorgeous letters that were in character and really gave a sense of our history, our love and our connection.

SheKnows: Did studying psychology at Harvard help you in playing this character?

Natalie Portman: This was actually a case where something I learned in school did translate into something practical in life, which is very, very rare. It was absolutely a case of obsessive compulsive behavior. The scratching and the anorexia and bulimia are forms of OCD. Ballet really lends itself to that because there’s such a sense of ritual, with wrapping the shoes every day and preparing new shoes for every performance. It’s such a process. It’s almost religious, in nature. And then, they have this god-like character, in their director. It really is a devotional, ritualistic, religious art, which you can relate to as an actor because when you do a film, you submit to your director in that way. Your director is your everything and you devote yourself to them because you want to help create their vision. 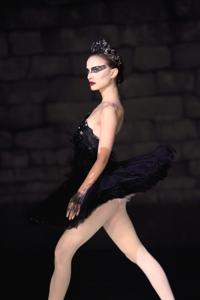 SheKnows: Natalie, your character in this film is obsessed and descending into madness. How do you find your own balance when you fully put yourself into a role, and how do you pull out of that when you’re done?

Natalie Portman: As soon as I finish a scene, I’m back to being me. As soon as I finish shooting, I want to be myself again. I’m not someone who likes to stay in character. This clearly had a discipline that lent itself to me being more like my character, while we were shooting, than past experiences, but I just go back to my regular life after. One of the reasons Darren and I had such telepathy during this was that I feel like he is as disciplined, focused and alert as could possibly be, and that’s what I try to be. I’m not a perfectionist, but I like discipline. I think it’s important to work your hardest and be as kind as possible to everyone you work with. The goal, every day, is keeping focused on that.

SheKnows: Mila, have you ever taken on a role where you just wanted to be perfect? How do you pull yourself back from that? Was this role like that for you?

Mila Kunis: I feel like every role you take, there’s a part of you that obviously feels like you can do it. I don’t know if perfect is the right word because I don’t believe in perfection. I don’t think it exists. But, I think that striving to do something well is in every single part. The physicality of this was probably the hardest of anything that I’ve ever done. When it comes to characters, whether it’s comedy, drama, horror or romance, it’s all the same. You want to be honest with a character and play it truthfully, and you want to be genuine with your character. The physicality aspect of it was as close as I’ve ever come to just a complete mental breakdown.

SheKnows: Wow! Have you seen the quest for perfection take its toll on some of your peers, either artistically or physically?

Mila Kunis: Yeah, both. Sadly, in any industry and in any work-related environment, females always strive to achieve a certain amount of perfection, whether that be skinny or pretty, it’s a constant, in our society. It’s probably elevated a little bit, in the industry that I’m in, because everything is a matter of opinion. I can think someone is pretty, but the person next to me can think that they’re unattractive, so people strive to achieve a certain form of perfection constantly, but it’s impossible because it’s an opinion. So, yeah, I’ve had a lot of friends that have been affected by that.

SheKnows: How do you both feel about all of the Oscar talk for this film and your performances?

Natalie Portman: The best thing you can hope for, when you make a movie and you put your soul into it like all of us did, is that people respond to it well. The fact that audiences have come away moved, excited, and entertained and stimulated by this film is extraordinarily flattering. It’s a great honor. 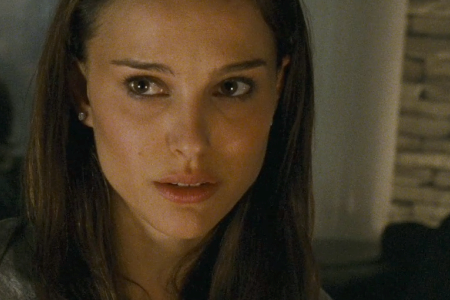 Mila Kunis: It all makes me very uncomfortable. As long as people respond to the film, I’m not even going to touch upon awards because I can’t. I don’t know. I have no idea what to say to that type of question. I think it’s an honor and I think it’s great. If people like it, then I couldn’t be any happier. Anything else is just all very new to me.

SheKnows: What was your reaction when you saw the film for the first time?

Mila Kunis: I’ve seen it a couple times. The first time I saw it, it was very, very, very rough and I was like, “Oh, that’s the movie we made.” And then, the final cut that I saw, I was blown away by it. I was there and I remembered most of it, but I had no idea how Darren was shooting it. The camera really is a part of the movie. You truly forget that there’s a camera there because it is a whole other character, so I was blown away by it and I was there. I was like, “This is pretty amazing!”

SheKnows: Did you and Natalie have any discussions, prior to doing your love scene, to make things more comfortable?

Mila Kunis: Anytime you do any intimate scene on film, it’s going to be a little uncomfortable, whether it’s the same sex or the opposite sex. The great thing about this is that Natalie and I were actually lucky enough to be friends prior to production, which made it all a lot easier. We didn’t really discuss it very much. We just kind of did it. It made sense for the character. It wasn’t put in for shock value. It wasn’t something that we needed to justify in our heads, as to why we were doing it. That was it. The truth of the matter is that we were friends before we started the film, so that made it a lot easier.

Read on for more Black Swan