Mother Gothel in Tangled is beyond evil — she takes a baby away from her biological parents! And yes, the infant in question is Rapunzel, who is born with special powers through her hair. Tangled star Donna Murphy visits with us at Disneyland to take us through the regimen of becoming Disney’s newest villain.

Murphy is a Tony-Award winning Broadway veteran who steals scenes no matter the theater production in which she’s starring. There’s an old phrase to describe an actor’s ability to dominate a scene: They chew scenery. Donna Murphy devours the Tangled scenery and sets a new standard for Disney evil — part maternal, somewhat earnest and all evil in that her motivation is purely self-centered. Perhaps in part because of her performance, Tangled is the number one movie in America after the Thanksgiving weekend. 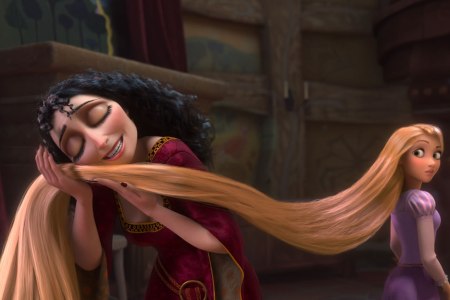 Sure, it is the one-and-only Mandy Moore as Rapunzel and Zachary Levi portraying Flynn — the thief who will steal Rapunzel’s heart — that also make Tangled a four-star reviewed film, but let’s be real: It is Murphy who stands out in Tangled.

SheKnows: Although she steals Rapunzel from her biological parents, don’t you see Gothel as a mother to her in a lot of ways?

Donna Murphy: As opposed to just this villainess who stole this child for the properties that her hair had that would keep her young, because that is why she stole her but she does end up being her mother, for all intents and purposes. She is the only mother that Rapunzel consciously has known in these 18 years. I think she, in some way, can’t help herself from beginning to care about Rapunzel during this time. I am positive that this is the most sustained, intimate, relationship she’s ever had and certainly the first caretaking one that she’s ever had in her life.

SheKnows: What do you think audiences will find actually endearing about Mother Gothel?

Donna Murphy: Well, I think that her humor helps, which when I first read the script I thought, “You know what? She is one of those people who cracks herself up.” I thought it was entertaining [laughs]. I remember, Byron [Howard] and Nathan [Greno], the writer-directors, saying to me, “It’s a great image.” They said that they think she’s somebody who envisions herself periodically being hit with a spotlight. And then they literally did it in the Mother Knows Best number. I think she is an entertainer [laughs].

SheKnows: What about your young daughter? Has she seen you as Mother Gothel in Tangled and what does she think of Rapunzel? 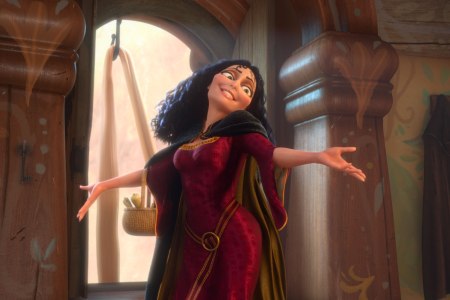 Donna Murphy: My kid wants to play Rapunzel at home. And she says, “You be Mother Gothel and I’m Rapunzel.” I’m like, “This is a game that could mess you up for the rest of your life.” And I’m gonna pay for it on every level [laughs]. She thinks it’s funny. I’m a little shy about playing that out too far with her.

Donna Murphy: It’s interesting because I don’t have objectivity about it. And when I’m playing somebody who is viewed as a villain or viewed as a negative character to some — to whatever degree — you never see it that way because it’s your job to be righteous in pursuing what that character believes is important. She’s not a Cruella de Vil. But what I love about her is that she breathes like a human being, there’s real dimension to her. Maybe that does make her, in certain ways, less threatening. On the other hand, I think she can also be a little scarier [laughs]. She has trapped somebody physically and psychologically.

SheKnows: How do you think your Disney villain places alongside others? 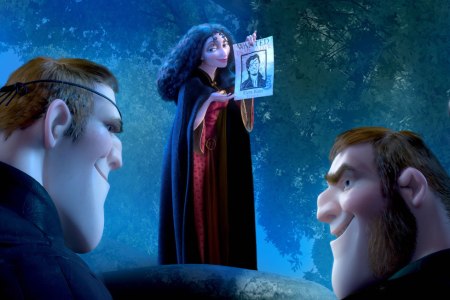 Donna Murphy: She was driven by something that was completely self-serving. She, like any good villainess, was basically just obsessed with her own needs. She would do whatever she had to do to get that satisfied. She doesn’t have any special powers [laughs]. She’s not the evil queen with a mirror or a scepter. She relies on her own inner resources.

SheKnows: Since you have a young son, you’ve probably witnessed a million Disney movies repeatedly, therefore, we have to ask, what is your favorite Disney movie?

Donna Murphy: I feel like it’s constantly shifting because I literally am watching so many of them. When I was a kid, my favorite Disney film was Mary Poppins. I also loved Cinderella and I loved Sleeping Beauty.